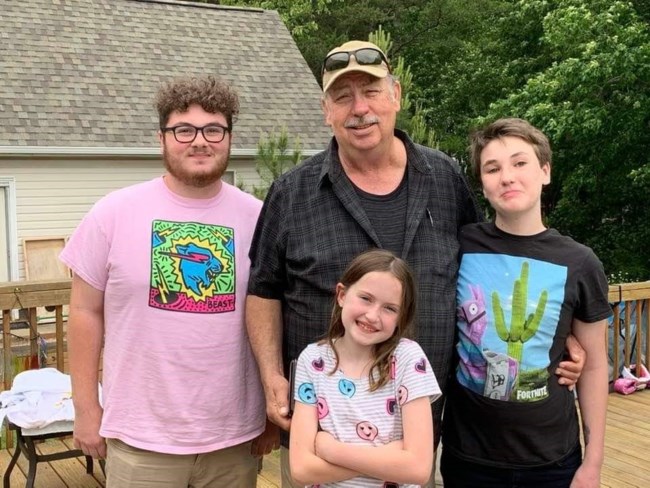 Robin Patrick Aldacosta, age 66, of Raleigh, North Carolina passed away on Monday, August 8, 2022. Robin was born March 2, 1956 in Naples, FL. As a veteran of the United States Army, Robin was dedicated to serving his country and others. Growing up on the Gulf Coast, he was an avid fisherman and could be found on the water any time. At a young age, he found a new interest in carpentry. He learned everything he could from his Uncle Jimmy and went on to become an impeccable craftsman. Above all of his accomplishments and skills, his family was always his first priority. He was a loving father of two children and three grandchildren all of whom he loved without condition and supported in any endeavors that they undertook. He will be truly missed by all whose lives he touched throughout is incredible journey through life. Robin was preceded in death by his mother, Hazel Ruth Aldacosta; his uncle, James Pollack; and his grandfather, Francis Joseph Aldacosta. He is survived by his daughter, Robyn Patricia Aldacosta of Asheboro, NC; his son Damien Joseph Aldacosta and wife, Kerry Marie Aldacosta of Raleigh, NC; his best friend and former spouse, Meledy Lee Aldacosta of Asheboro, NC; and his three grandchildren, Michael Scott Carpenter, Nicolas Ryan Byrd, and Abigail Marie Aldacosta. Fond memories and expressions of sympathy may be shared at www.brownwynneeastmillbrook.com for the Aldacosta family.
See more See Less

In Memory Of Robin Patrick Aldacosta