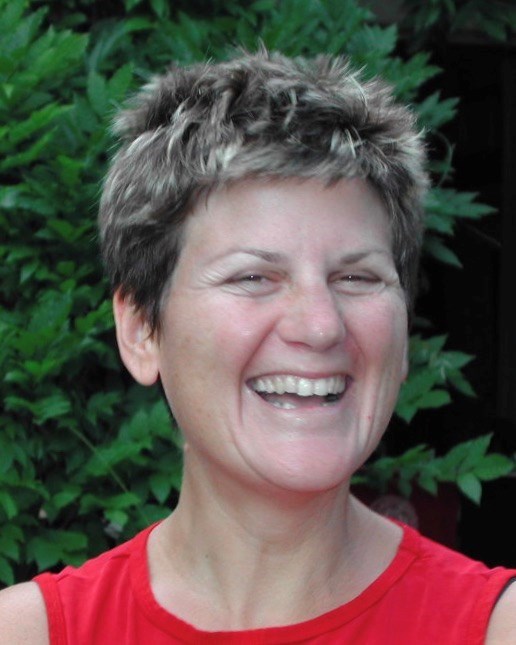 Susan L. Eder, M.D., of Raleigh, NC, died at home June 4, 2019, surrounded by her family. She described herself as a feminist, activist, physician, child psychiatrist, wife, and mother of two wonderful young men. Dr. Eder was born on September 30, 1957, in New York, NY. She grew up in Riverdale, Bronx, NY, and went to the Fieldston School. She graduated in 1979 from Hampshire College, Amherst, MA. She received her M.D. in 1983 from the Albert Einstein College of Medicine, New York. In medical school, she met and married her classmate Dr. Jonathan Flescher. She completed her psychiatry residency in 1986, and child psychiatry fellowship in 1988, at the Payne Whitney Clinic, part of the New York Hospital - Cornell University Medical Center, New York. Following three years on the psychiatry faculty of the University of Massachusetts, in Worcester, MA, Susan and her young family moved to North Carolina. Dr. Eder practiced adult, adolescent, and child psychiatry in private practice in Raleigh for 28 years. In addition, for several years, Dr. Eder saw children and families, and supervised other professionals, at the Lucy Daniels Center for Children, in Cary, NC. At age 16, Susan rode her bicycle from New York to Seattle on the first co-ed coast-to-coast group trip sponsored by American Youth Hostels. At an admissions interview for Hampshire College, the interviewer told Susan “you have perseverance, and will accomplish anything you set out to do.” This bicycle trip was a defining accomplishment of Susan’s young life, and began her lifelong love of cycling. She took great pleasure in riding like the wind and showed no fear zooming down hills. Susan was at her athletic peak as a cyclist and triathlete in the summer of 2008. While working hard that same summer on the campaign to elect Barack Obama, Susan was diagnosed with metastatic melanoma. Shortly after her initial surgical biopsy, she left the hospital to help get out the vote, and was ecstatic about the election results that year. Susan benefitted from this decade’s advances in treating metastatic melanoma, and fortunately her disease progressed slowly. She served on the board of the patient-family advisory council at UNC Chapel Hill, which advises the Medical Center on how to focus on patient-centered care. She also taught young doctors in training about what it’s like to be living with cancer. She felt that her position as both a doctor and a patient made her uniquely qualified to teach students about how to deliver bad news to patients. Susan believed having cancer spurred on her inner activist. While protesting with Reverend Barber at the start of the Moral Monday Movement here in North Carolina in 2013, Susan was arrested at the NC State Legislature building. She felt this act of civil disobedience was necessary to make health care a priority after the NC State legislature refused to accept the Medicaid expansion as part of the Affordable Care Act. She always held a strong belief that psychotherapy and political activism go hand in hand. She would say: “political activism is empathy in action.” Even when her own health and wellbeing were threatened by her illness, she continued to call her legislators regularly to support progressive policies. Susan is survived by her loving husband of 36 years, Dr. Jonathan Flescher, and sons Sam Eder Flescher (Alyssa Pilkons), and Max Eder Flescher, sister Rebecca Eder (Peter Shile), brother Michael Eder (Gundi Eder), beloved nieces and nephews, and many good friends, colleagues, and fellow activists. Many thanks to Transitions Hospicecare, and the wonderful caregivers who have shown so much love taking care of Susan these last months. Funeral services will be held Thursday, June 6, 2019, at 2:00 PM at Beth Meyer Synagogue, 504 Newton Road, Raleigh, NC 27615. Donations may be made in Susan’s name to Planned Parenthood South Atlantic (https://www.plannedparenthood.org/planned-parenthood-south-atlantic) or to the Lineberger Cancer Center, Chapel Hill (https://give.unc.edu/donate?p=LCGO).
See more See Less

In Memory Of Susan L. Eder