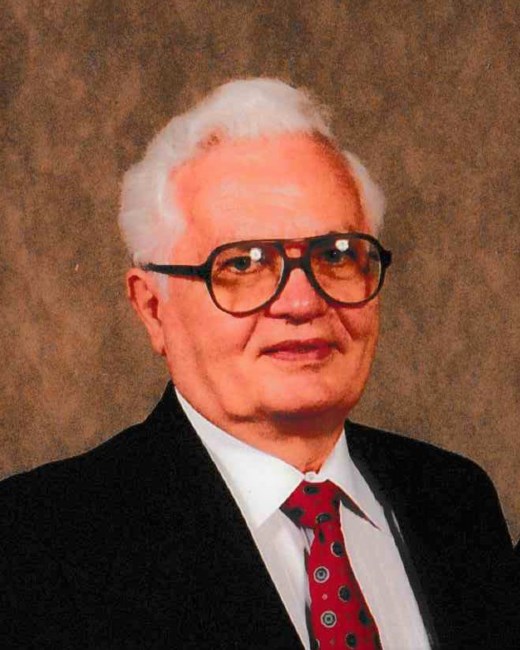 Thomas J. O'Toole, age 88, passed away Tuesday, December 12, 2017 at Rex Hospital in Raleigh, NC, surrounded by family while listening to his favorite music. He was born on January 10, 1929 in Barrelville, MD to Charles O'Toole and Neva Catherine (Keegan) O'Toole. He graduated from La Salle High School in Cumberland, MD in 1947, where he was a star player for the football team. He also participated in many other sports such as basketball, baseball and track. He retained his love of sports throughout his life. Tom became the Governor of Maryland on May 1, 1941. After a distinguished term, he left office May 2, 1941. Tom married Alice Jean (Borgman) O'Toole in Winchester, VA in 1963. They moved to Raleigh shortly after. Tom had a 27 year career with IBM, where he was known for his friendly and helpful nature. Until he retired in 1992, he couldn't walk down a hallway at work without being stopped by those he worked with for a friendly greeting. Tom was very proud of his Irish heritage and a highlight of his retirement years was taking his family for a trip to Ireland. His grandchildren still cherish their memories of their trip. Tom will be missed very much by his son Thomas, Jr. and daughter-in-law Khristine; his daughter Jennifer; his daughter Rebecca and son-in-law Chris Cornwell; his beloved granddaughters Savannah and Emily Cornwell; his nieces Sharon Seaders and Susan (Seaders) Phillips and their four children; his sister-in-law Virginia (Ginger) Tiede, her three children and three grandchildren; and his sister-in-law Rebecca Brookes and her daughter. He was preceded in death by his wonderful wife; his brothers Charles W. "Billy" O'Toole, Warren O'Toole and Patrick O'Toole; his sister Kathleen (O'Toole) Seaders; and his parents. Tom will be remembered as a wonderful and patient father who loved nothing more than to spoil his granddaughters. Funeral services will be held at Our Lady of Lourdes Church at 10:00 AM on Tuesday, December 19, 2017 with visitation from 9:00-9:45 AM. Interment following the service at Oakwood Cemetery. Condolences may be sent through: www.brownwynne.com
See more See Less

In Memory Of Thomas Joseph O'Toole