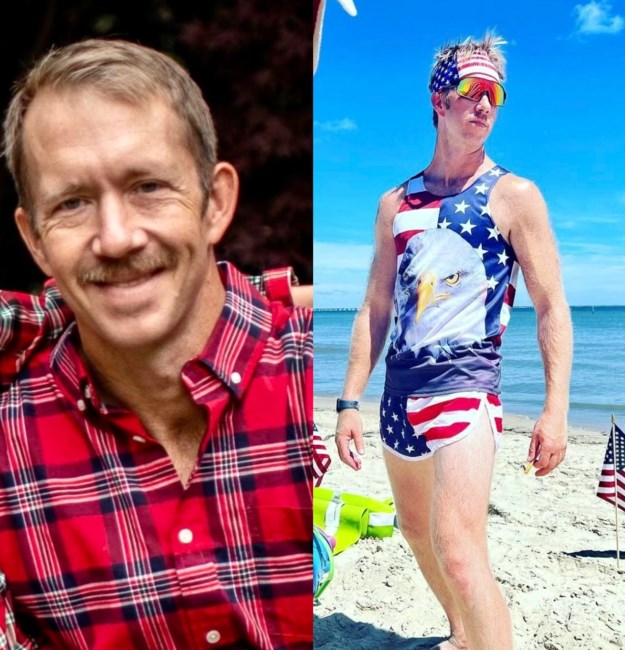 William Foy Beal IV, known more fittingly as Billy, passed suddenly on January 22, 2023, at the age of 39, while vacationing in Colorado. Billy is survived by his wife, Ann Cole Beal; their two young children; William Foy Beal V (Billy) and Lacy Grey; his parents; William Foy Beal III (Foy) and Terry Beal; and his brother, Cooper Beal. He will be missed by a trio of canines that preferred him above all else; Max, Charlie, and Tater Tot (whom Billy called Tater-ade). Born in Charlottesville, VA, Billy moved to Raleigh as a young child. After graduating from St. David’s School (fka St. Timothy’s-Hale), he attended Hampden-Sydney College, where he discovered house music and sideways belts and that police officers do not take kindly to bare-legged young men running in front of their cruisers with their pants on their heads. He then briefly lived in Greensboro, NC, before returning home to nurse injuries sustained in a motorcycle accident. After returning to Raleigh, Billy met Ann, who quickly became the love of his life and his best friend. They married, had two children, and bought a house. A few years later, they bought a home just around the corner from his parents. Their new house soon became a favorite gathering place for friends and family, in no small part because of Ann’s rule that the main floor was not for Billy and the kids to make messy. Instead, Billy set up his office with the dogs in the basement and turned the backyard into a space worthy of any child’s envy, complete with a trampoline and zipline. Billy was a conundrum. He loved reading (especially about Lincoln) and was deeply intelligent, but he also was prone to foolishness, as he demonstrated via his “trick” of extinguishing cigarettes on his biceps or by his refusal to wear long sleeves regardless of the temperature. He was athletic (he played every sport available and played them well), but he was so reckless that he perfected the art of falling (“It hurts less if you roll”). He was hilarious but often restrained. He was both Maverick and Goose. He sought out thrills: motorcycles, sky diving, and fast driving. He had perfect comic timing and could make anyone laugh. He was the type of person who made your life easier by being in it, whether you were his family, friend, neighbor, or colleague. He did not ask what he could do to help, he just did it. He was kind and generous with his time, but he guarded his feelings and made close friendships with few. Despite skin that freckled mercilessly in the sun, Billy loved to be outside. He was at his happiest when around water, regardless of its form. He grew up skiing and wakeboarding on Falls Lake or traveling to Carolina Beach with friends for the day. In the summer, he spent time at the family home in Virginia Beach, where he surfed and skimboarded and blistered. And in the winter, he snowboarded whenever he could, first learning on the icy slopes of Boone, NC, then enjoying multiple trips to the Rocky Mountains with his brother. Above all, though, Billy was an incredible father and loving husband. He loved his children completely, even when they demonstrated the wild streaks they had inherited. As with all parents, he would talk about the latest things they had done to earn the ire of parents or teachers. But the smile in his eyes betrayed his amusement at their cleverness and fire. Billy was constantly with his children. Neighbors often would see them walking around the neighborhood or playing at the park or hanging out outside. He loved taking them swimming and delighted in impressing them with backflips off diving boards or posts or anything else. During the past few years, he and Ann took advantage of the additional time together provided by working from home. They routinely had lunch dates followed by walks around their neighborhood, a little time reserved each day to enjoy each other’s presence outside. He will be missed by all those who ever heard his laugh. Family and friends are welcomed to gather to remember Billy on February 5, 2023 at 10 AM at Quail Hollow Swim Club. In lieu of flowers, memorial donations for the Children's Education Fund can be provided through the following link: https://everloved.com/life-of/billy-beal/. Fond memories and expressions of sympathy may be shared at www.BrownWynneEastMillbrook.com for the Beal family.
See more See Less