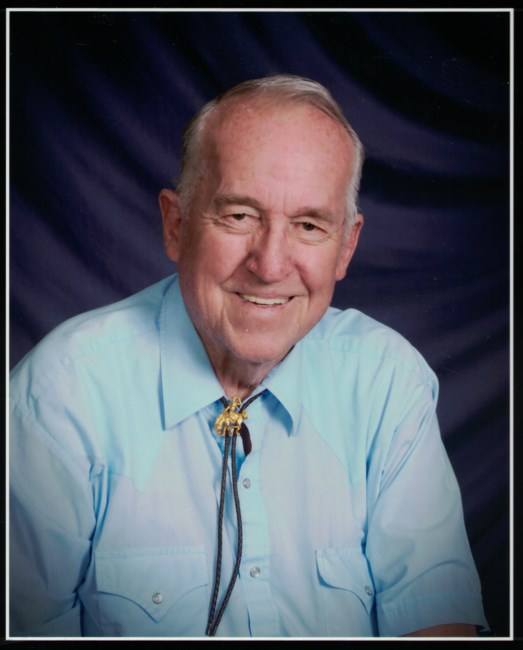 Herman “Vic” Ernest Voss Redding, CA It is with profound sadness that the family of Herman “Vic” Voss announced his passing on August 1, 2020, at the age of 87. One of two children born in 1933 to German immigrant parents in San Francisco and raised in Burlingame, Vic grew to be an ambitious young gentleman. He spent his first 50 years on the San Francisco Peninsula. He pursued a career as a police officer for the Town of Hillsborough, CA, for over 30 years, retiring in 1984 as its Lieutenant. In 1957 he met Katie, his lovely wife of 61 years, who passed away in October 2018. They made their first home in Millbrae, overlooking the San Francisco Bay, and were blessed with three children. Vic had been named after his father’s business on Geary Blvd. in San Francisco, Herman’s Delicatessen. Herman’s was famous for its Dutch-style potato salad, which was distributed throughout Northern California. When Vic’s father, Hugo, became ill, Vic bought Herman’s from his father and ensured its ongoing success, while still completing his career in law enforcement. After retiring, Vic closed the delicatessen and with Katie, managed a number of commercial and residential properties they had invested in. Vic and Katie relocated to their favorite vacation spot of Lakehead, California, enjoying fishing, boating and volunteer work in the community, including his work as a Boat Safety Officer on Shasta Lake. Vic also enjoyed travel, including frequent trips to Kihei, Hawaii, where he assisted the Maui Police with the citizen patrol. Vic loved mingling with others, especially through community organizations. He belonged to the Elks and Lions Clubs, the German Edelweiss Club, was a Mason, an active member of the International Police Association, and a member of St. James Lutheran Church. Survivors include daughter Deborah (Brian McDermott) of Mt. Shasta, CA, sons, Robert (Michelle) of Scottsdale, AZ and Richard (Carol) of Stafford, VA, seven adoring grandchildren and one great-grandson. Burial and Services to honor Vic's life will be held Friday, August 14th at 10:00am at the Redding Memorial Park Cemetery. Funeral arrangements are by McDonald’s Chapel. Donations in memory of Vic may be made to the St. James Lutheran Church, Redding, CA.
See more See Less

In Memory Of Herman Voss