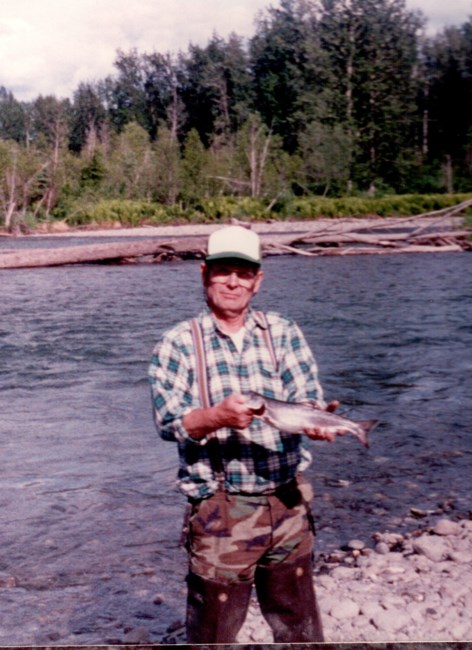 Louie Ray Barber, age 87, of Redding, California passed away on Saturday, July 30, 2022. Louie was born August 29, 1934 in Paris, Texas to Julia Butler Barber and Lloyd Barber. Louie served in the Navy as a Gunners Mate on the USS Kearsarge. He belonged to the National Guard in Lakeview, Oregon. Louie spent his career working in Lumber Mills for 48 years. He was also a member of the Odd Fellows Redding Lodge #271. Louie is survived by his wife, Darlene Rae Barber; his son Raymond Lloyd Barber (Kristin) of Red Bluff, California; his brother Bob Barber (Audrey) of Cottonwood, California, his brother Douglas Barber (Brenda) of Cottonwood, California and his sister Francis Morrill of Lakeview, Oregon; his grandson Jonathan Barber, his granddaughter Stephanie Topete, his granddaughter Shannon McMullen (James), his great grandson Elias McMullen, his great grandson Theo McMullen, his great granddaughter Faith Topete, his great granddaughter Lucy Topete and his granddog Bentley. Louie was preceded in death by his daughter Lorene Kay Barber; his father Lloyd Barber and his mother Julia Butler Barber. A graveside service for Louie will be held Thursday, August 11, 2022 at 10:00 AM at Redding Memorial Park, 1201 Continental St., Redding, California 96001. Fond memories and expressions of sympathy may be shared at www.mcdonaldschapelredding.com for the Barber family.
See more See Less

In Memory Of Louie Ray Barber