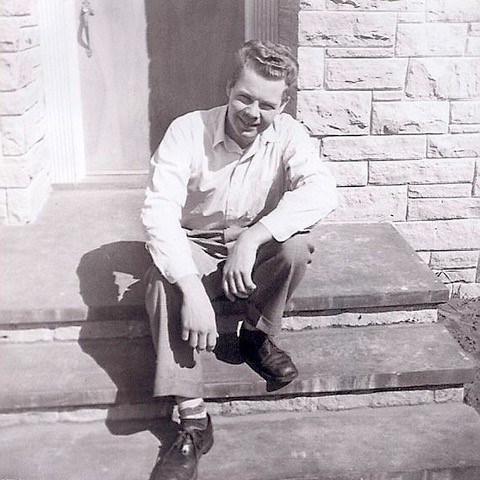 Roland Joseph Grishaber, 91, passed away peacefully on Thursday, October 18, 2018. The youngest of six children, he was born on March 7, 1927, in Appleton, Wisconsin to the late Dominic and Flora (Forster) Grishaber. He served in the U.S. Navy from 1945 to 1946 training at Great Lakes Naval Center and deployed to the Alameda Naval Center in California. Roland then attended Lawrence University in Appleton where he received a Bachelor of Arts degree, followed by a Master’s Degree in Organic Chemistry from the University of Illinois at Urbana–Champaign. Upon completing college, he married the love of his life, Barbara Schmidt. He then pursued a career within the paper industry, first working for Kimberly-Clark in Wisconsin, Canada and California. He finished out his career at Simpson Paper in Anderson retiring in 1989. Redding was his home for the past 54 years. He was a life-long fan of the Green Bay Packers and Chicago Cubs, and an avid vegetable gardener. He also enjoyed camping, golf, hand ball, tennis, and photography, and treated everyone he met as if they were life-long friends. He is survived by his children, Paul Grishaber (Penny), Evan Grishaber (Kathy), Martin Grishaber (Mary) and Ellen Bates (Joel), grandchildren David (Ashlee), Michael, Alyssa (Mario) and Aaron, and great-grandchild Calvin. He was preceded in death by Barbara, his wife of 57 years The family would like to extend a sincere thank you to the staff at Lavender Hills as well as his friends and neighbors for their loving care. A Celebration of Life will be held Monday, November 19, 2018, from 5:00 to 7:00 p.m. at McDonald’s Chapel, located at 1275 Continental Street in Redding. His funeral mass will be held at Our Lady of Mercy Catholic Church at 10:00 a.m. on Tuesday, November 20, followed by a reception at the church. He will be buried at St. Joseph Cemetery in Redding. Donations, in lieu of flowers, can be made to: Haven Humane Society, 7449 Eastside Rd, Anderson, CA 96007 or Northern Valley Catholic Social Service, 400 Washington Ave, Redding, CA 96001.
See more See Less

In Memory Of Roland Joseph Grishaber