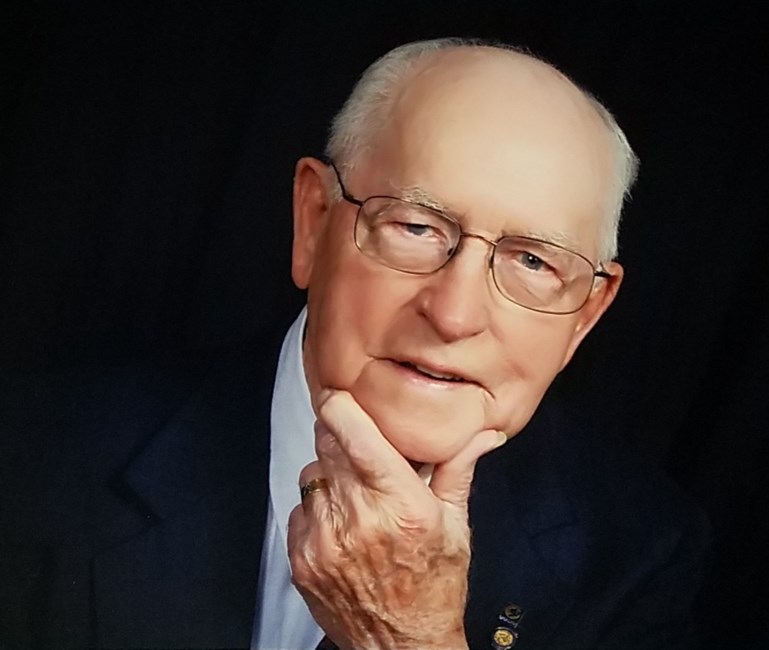 BUTLER, Lawrence Benson, 91, of Varina, passed away on December 29, 2017. He was a member of the Hardy Central Baptist Church. Lawrence retired from the C&O Railroad after 43 years. He was a Navy veteran of World War II and served on the U.S.S. Lyon. Lawrence served as a Mason with Thomas N. Davis Masonic Lodge No. 351 for over 51 years. He was preceded in death by his wife, Bernice L. Butler; and son, William L. Butler; and son-in-law, Mike Eberhard. Lawrence is survived by his two daughters, Starr Eberhard and Sylvia Shurm (Johnny); one son, Keith B. Butler (Pam), his daughter-in-law, Melanie Butler; six grandchildren, Susan, John, Shawn, Andrew, Austin, and Amanda; five great-grandchildren, Kassi, Hilton, Harper, Emma, and Hudson; one great great-grandchild, Jace; and one sister, Nancy Allen. A visitation will be held on Wednesday from 2 pm to 4 pm and from 6 pm to 7 pm at Nelsen Funeral Home, 4650 S. Laburnum Ave., Richmond, Va. 23231, where a Masonic Service will be held at 7 pm. A funeral service will be held Thursday at 10 am at the funeral home chapel with interment to follow at Washington Memorial Park in Sandston, Va. The family wants to thank all of the wonderful caregivers at The Haven. In lieu of flowers, please consider donations to the American Diabetes Association. Online condolences may be conveyed at www.NelsenRichmond.com

In Memory Of Lawrence Benson Butler