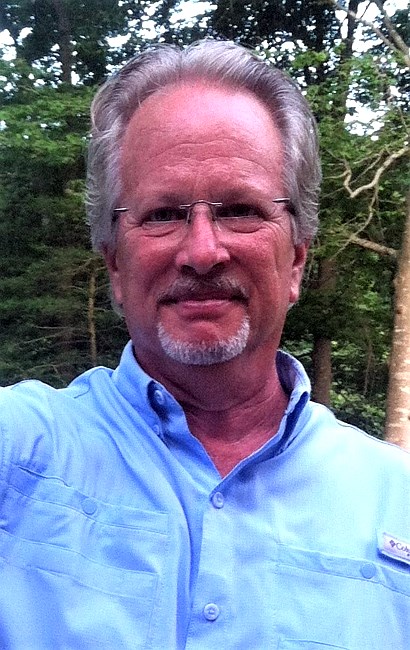 Monty Wayne Henderson, of New Kent, Virginia, was taken from our lives suddenly on the morning of May 6, 2022, at the young age of 63. He is survived by his loving wife, Diana; a proud father of his sons, Christopher Colt Henderson (Melissa) and Justin Wayne Henderson (Brandi); his beloved sister, Debbie Henderson Ward (Tom); and niece, Rachael; a devoted grandpa to his grandchildren, Abigail, Gracie and Chase Henderson and Donavin Trievel and Hunter Henderson; a loving and caring stepfather to his stepsons, Cody Dickey (Sam), Jacob Dickey (Sean) and Austin Dickey (Ginny). Monty loved with all of his heart, all of the time. He was completely devoted to his wife and family. He had a profound relationship with nature where he frequently found and spoke with God. He touched every life that came his way and gave all that he had. Although he is now Home, the rest of us waiting to join him will miss him profoundly. The family will receive friends on Wednesday, May 11, from 2 to 4 and 6 to 8 p.m. at Nelsen Funeral Home, 4650 S. Laburnum Ave., Richmond, Va. 23231. A funeral service will be held at 11 a.m. on Thursday, May 12, at Providence United Methodist Church, 4001 New Kent Hwy., Quinton, Va. 23141. Interment will follow in Washington Memorial Park, Sandston, Va.
See more See Less

In Memory Of Monty Wayne Henderson