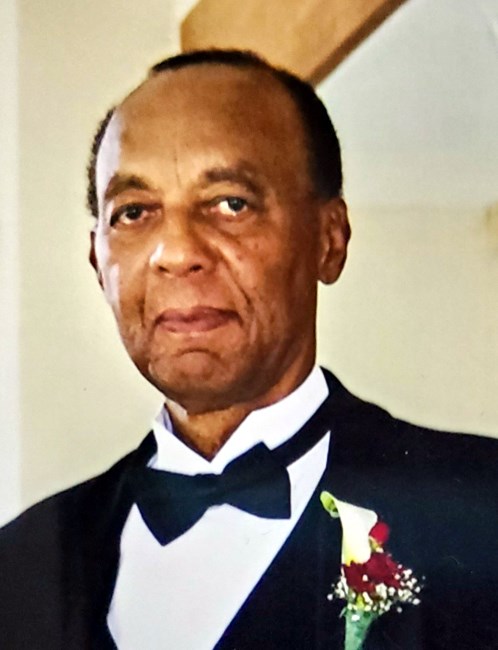 Osborne Ossie Dalrymple was born on September 9, 1934 in Scarborough, Tobago to Osborne and Maude Dalrymple. He was their firstborn child together. As a young lad growing up, he helped with household chores like tending to the animals and collecting eggs. He loved the outdoors and would spend countless hours playing and enjoying the beauty of his home island. He enjoyed spending time with his grandparents and parents. From them, he learned how to cook, the usage/benefits of herbs as well as how to fish and hunt. Osborne was also determined and willing to do what seemed impossible. He was promoted to manager, at the local sporting goods store. During this time, he decided he wanted to buy a car. Diligently saving up his money, he purchased one – no loan, no down payment but paid in full. He surprised his dad when he picked him up from his shop in the brand new car. His dad could not believe that he had saved up all of his money! They enjoyed the drive together and his dad expressed how proud he was of him. That same determination and a willingness to experience new things, led him to go to New York City in 1967. Despite the moments of being homesick and having to adjust to a new country and culture, Osborne persevered and began his new life in the United States of America. Initially he stayed at the YMCA in Harlem and then moved into an apartment with a few friends. He worked an administrative job on the New York Stock Exchange. During this time, he met the love of his life, Lynette Phillips. Lynette was born and raised in Trinidad, the sister island of Osborne’s homeland of Tobago. Imagine not meeting each other while neighbors, who visited each other’s country, but meeting and getting married in a country thousands of miles away from home! They were married on March 29, 1969. Together, they raised four beautiful children. He enjoyed studying the Holy Scriptures and teaching. He shared this with his children as well as with his local church. Often tasked with the job of driving on long family trips, he did this with joy and relished his role as protector and guide. Osborne, with the persuasion of Lynette, traveled to many countries many only dream of going. He cruised the Hawaiian Islands and walked the roads the Apostle Paul walked in Ephesus. Many family vacations and memories were created and enjoyed. He gave us peeks into his life with stories, jokes and wisdom along the way. Osborne is predeceased by his wife Lynette, to whom he was married to for 50 years; their children Delano, Darren, Daria, Derrick, son-in-law Aaron Sr. and daughter-in-law Seloie; their grandchildren Deanni, Aaron Jr., Devyn, Chloe and Carter; his brother Eversley and sister Sincere; and a host of nieces, nephews and cousins.
See more See Less

In Memory Of Osborne Ossie Dalrymple