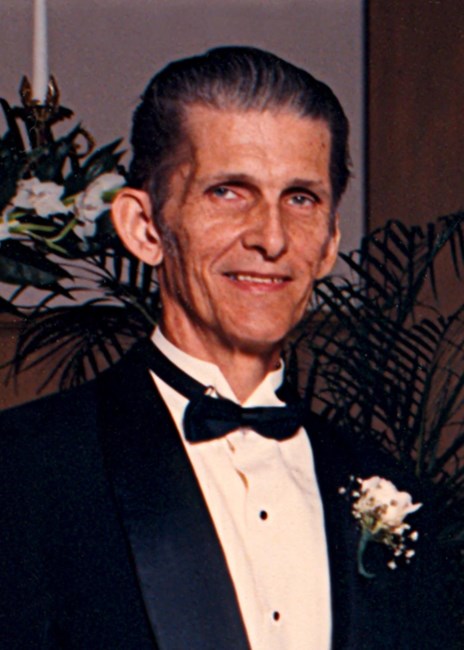 Donald Edward Bauer, age 92, of Wolverine Lake, Michigan passed away on Wednesday, September 14, 2022 He was born in Detroit, Michigan during the Great Depression on February 24, 1930 the eldest of four. He attended school in Detroit, fished on Belle Isle, competed as a pairs dance roller skater, and earned an electrical certificate before he was drafted. From 1951-53 Donald served as an Army policeman in the Korean War and policed the trains. While stationed in Japan he was injured and came to know Jesus. He loved the country that he served to protect and was a passionate patriot. Donald married a Canadian, Lois Jennings on September 8, 1956 at the Zion Free Methodist church in Sombra, Ontario. Don and Lois met as camp counselors in 1953 at Thamesford Maple Grove Christian Camp. They were together for 68 years. Don was devoted to his wife Lois and was always by her side. He dedicated his life to serving God, his wife, and his four children. Don was a Christian for 70 years and an active member of the Detroit, Auburn Hills, and Clarkston Free Methodist churches where he sang the hymns loud and off key. Don lived his faith, unwavering in his love for Jesus. As a depression baby, Don was the epitome of frugality and working hard. By day he worked as a tool maker for First Sterling and eventually working on the line and retiring from GM Truck & Coach. Don had many passions and talents from his massive fruit and vegetable garden, drawing on the back of envelopes, his flowers from seed that lined the driveway, his love for photography, his backyard chickens, his beehives, the Detroit Tigers, and his dogs to train and love. Don was also handy and could repair and engineer a solution to any project. Don's passion for gardening led him to earn a Master Gardener certificate in his 60's. Above all Don's interests, he adored his family and spent quality time with them. From daily family dinners followed by a devotional, family camping trips, weekend trips to the Jennings farm in Ontario, apple picking, getting ice cream, trips to Florida with Lois, and always attending church on Sunday. Don was a man of few words, but as a man of action, he lived and loved in a quietly BIG way. He is survived by his children, Wanda (Roger) Linkous, Harold Bauer, Lisa Adams, and Janel (Rob) Toal; his grandchildren, Nickolas (Michelle) Linkous, Haley (Joe) Imesch, Chad Bauer, Jason Bauer, Kara Hall, Nathan (Stephanie) Bauer, Zac Adams, Ian Adams, Aidan Toal, Isabel Toal, and Eoin Toal; and his great-grandchildren: Tae Woong Linkous, Eli Linkous, Ellie Imesch, Lucy Imesch, Kirsta Hall, Dominik Hall, Gabrianna Hall, and many nieces and nephews. Donald was preceded in death by his wife, Lois Bauer; his father, Edward (Julia) Bauer, his mother, Meta (Jack) Reese, his brothers, Lee (Joyce) Bauer, Larry (Renata) Bauer, and his sister Elaine Bauer. Visitation will be held Monday, September 19, 2022 from 11 AM-12:30 PM, with a funeral service beginning at 12:30 PM, at Pixley Funeral Home, 322 W University Dr, Rochester, Michigan 48307. Immediately following the service, Donald will be laid to rest at Christian Memorial Gardens in Rochester Hills, Michigan. Fond memories and expressions of sympathy may be shared at www.pixleyfh.com for the Bauer family.
See more See Less

In Memory Of Donald Edward Bauer