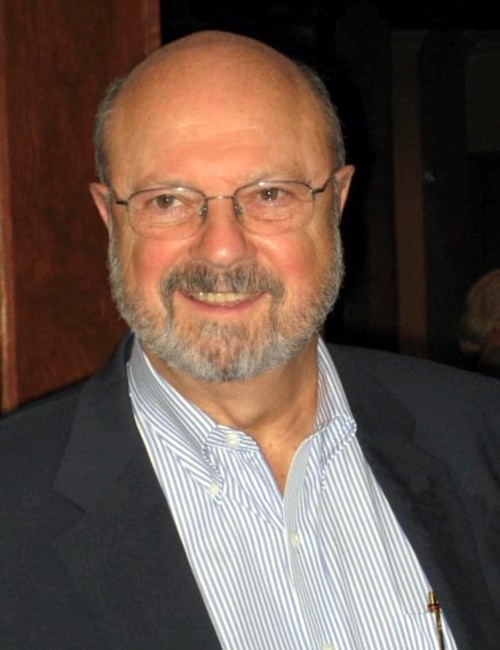 Howard C. Joondeph, M.D. of Rochester, Michigan, died May 4, 2022 at Ascension Providence Rochester Hospital. He was born on May 9, 1939 to Charles and Olga (Rada) Joondeph in Brooklyn, New York. Howard graduated from Ridgewood High School, in Ridgewood, New Jersey. He received his B.S.M. degree from Northwestern University in 1961 and his M.D. degree from Northwestern University Medical School in 1964. He entered the United States Air Force in 1965 as a flight surgeon and served 2 years in Vietnam in the 13th Bomb Squadron. Howard was one of the most highly decorated Flight Surgeons in the Vietnam campaign. He married Bette Berg on Christmas Day in 1965. They moved to Germany for 5 years, where he was Chief of Aeromedical Services for the 26th TAC RECON Wing and advanced to the rank of Major. During their stay in Germany, they adopted their daughter Whitney and had their daughter Ashley. After military service, Howard took his Ophthalmology training at the University of Illinois Eye and Ear Infirmary in Chicago and their daughter Courtney was born. He was awarded a Heed Foundation Fellowship Award for additional training and research in Vitreo-Retinal Disease and surgery at The Johns Hopkins University. Not long after the family moved to Grosse Pointe Shores, Michigan, Howard opened his ophthalmology practice, Vitreo Retinal Consultants at St. John Hospital & Medical Center in Detroit. Several years later, Vitreo Retinal Consultants added another location in Clinton Township, Michigan. Howard was Chief of Ophthalmology at St. John Hospital, on the teaching faculty at the Kresge Eye Institute, Wayne State University, had more than 30 years of experience in Ophthalmology and had lectured and written widely on the subject of Retinal and Vitreous diseases. He had a special interest in treating Diabetic Eye Disease and Age-Related Macular Degeneration, as well as a special interest in the surgery and management of complicated eye problems. Howard was a diplomate of the American Board of Ophthalmology, a co-founder and trustee of the Macula Society, a member of the American Society of Retinal Surgeons, a fellow of the American Academy of Ophthalmology, the American College of Surgeons, and the International College of Surgeons. In addition to his affiliation with St John Hospital, he was also a medical staff member of seven other hospitals. Howard retired from medicine in 2017 and enjoyed traveling to his winter home in Naples, Florida. Going to Michigan Opera Theater, Detroit Symphony Orchestra, University of Michigan Football, Red Wing Hockey, and dinners with the guys were some of his favorite pastimes. He was a member of the Motor Cities Fox Terrier Club for the past 20 years and a board member for the last several years. He was also a member of Wire Fox Terrier Club of the Central States and Terrier Club of Michigan and a lifetime member of the VFW Cantigny Post #367. Howard is survived by his loving wife Ann (Uedelhofen) of Rochester, daughters Whitney (Eric Brodeur) of Minneapolis, Ashley of Sterling Heights, Michigan and Courtney of St Clair Shores, Michigan. He is also survived by three brothers, Dr. Donald (Andrea) Joondeph of Issaquah, Washington, Dr. Marc Joondeph of Tacoma, Washington and Dr. Brian (late Shirley) Joondeph of Cherry Hills, Colorado and the mother of his daughters Bette (Berg) of St Clair Shores, Michigan. Also surviving are several nieces and nephews, dear friends and his Wire Fox Terriers Winston and Cate. Our family would like to thank his exceptional doctors and nursing team (Ann, Lindsay, Lindsay, Emily & Danelle) at Ascension Providence Rochester. Your kindness and compassion were remarkable. A Celebration of Life will be held on Monday, May 9, 2022 at the Pixley Funeral Home, 322 W. University, Rochester, Michigan. Friends and family will gather at 10:00am and the Celebration will begin at 10:30am. In lieu of Flowers, donations to Leader Dogs for the Blind in Rochester, Michigan, Wounded Warrior Project or St. Jude Children’s Research Hospital would be appreciated.
See more See Less

In Memory Of Howard Joondeph