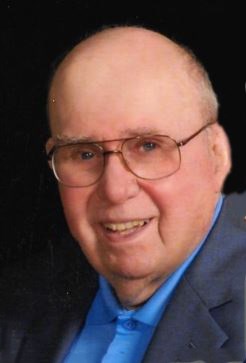 James F. Barratt, 86, of Rochester Hills, Michigan, passed away January 13, 2023. He was born in Royal Oak, Michigan on June 12, 1936. After graduating from High School, he went on to obtain his Master's Degree in Education from The University of Michigan. He was married to Frances Lee Coulon on August 16, 1958. James had a career as a teacher, and taught for Bloomfield Hills Schools for many years. He was a member of St. Paul's United Methodist Church in Rochester Hills, Michigan, and had a passion for teaching young people, traveling with his beloved Frances, and singing in choir groups, including with the Gilbert Jackson Chorale of Waterford, Michigan. James is survived by his sons Tim and Jim; granddaughters Rebecca and Rachael; and five great-grandchildren. A memorial service for James will be held on Monday January 30, 2023 at 1:00 PM at Pixley Funeral Home in Rochester. In lieu of flowers, donations can be made in honor of James to Meals on Wheels, Leader Dogs for the Blind, and St. Paul's United Methodist Church of Rochester. Fond memories and expressions of sympathy may be shared at www.pixleyfh.com for the Barratt family.
See more See Less

In Memory Of James F. Barratt