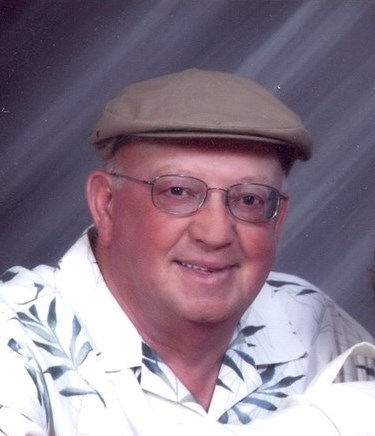 Gerald Roger Clutter, 82 of Rockford, IL passed peacefully at St. Anthony’s OSF Monday, January 17, 2022. Known as Jerry by friends and family, he was born in Morgantown, West Virginia on July 18, 1939 to Earl W Clutter and Louella A (McCourt) Clutter. Jerry moved to the Northern Illinois area at age 17 and was followed in the coming years by the remainder of the immediate family. Jerry continued his self-taught quest in life in the Loves Park/Rockford area for the remainder of his life. He traveled throughout the US, including many trips back to the beauty of West Virginia and often talked of the ‘adventures’ he had with brothers and cousins. Jerry married Barbara Ann (Rupnow) at age 20 in December of 1960. Together they raised four children and were married over 55 years. Jerry is survived by longtime spouse Barbara A Clutter; daughter Lora (Curt) Bindenagel; son Jeff (Byarmaa) Clutter; son Warren Clutter; daughter Stephanie Clutter. Jerry’s Grandchildren; Sean (Lori) Bindenagel; Joel (Esmeralda) Bindenagel; Bolorthya (Alexander) Ganbat; Bradley Clutter; Donna (Austin) Clutter; Joshua (Stephanie) Ware; Micah (Kyle) Clutter; Seven Great-Grandchildren and two on the way; Brother Warren (Tonya) Clutter; Sister Claris McAlister; numerous nieces and nephews. Jerry was predeceased by Father Earl Clutter, Mother Louella Clutter, Brother Bradford Clutter, Brother Gary (Mary) Clutter; Sister in law Mary Clutter; Brother in law James McAlister. Jerry’s knowledge and love of automobiles prompted his lifetime career in the automotive industry. He was one of the founding members of the Loves Park Gentleman’s Car Club and proud owner of The Bump Shop which moved from Loves Park to Rockford’s west side in 1972. His abilities for fabricating and often engineering in this field were well known; Jerry was known for his abilities to fully restore classic cars and had numerous award winning show cars he and his crew produced. Jerry had many diverse interests and talents, including flying which led him to be co-owner of Cottonwood Airport at during the late 70’s and early 80’s. The family has many fond memories of Sunday trips flying in one of his planes he fully restored with his eldest children affectionately known as Uncle George. An avid outdoorsman, Jerry shared his enthusiasm for sport shooting, hunting and fishing. Jerry created many memories for his father, brothers, sons, grandsons, nephews and friends with yearly Canadian fishing trips that have provided 3 generations of hilarious fishing stories. Jerry introduced his fondness of hunting and sport shooting to family and friends with numerous excursions over the years. Jerry’s love of sport shooting led him to many state and national competitions as well as running Big Sky Trap Range in Pecatonica. Jerry was a longtime member of the National Republican Party, NRA, Illinois Rifle Association and was known for his generous support of the groups and never shied away from discussing his point of view. It was in this manner he did instill good values, moral compass, and good work ethics in his family and influenced future generations. The family would like to express our sincerest gratitude to the many nurses, doctors and staff at Swedish American Hospital, River Crossings Care Facility, Northern Illinois Hospice, and St. Anthony’s OSF Hospital for the care not only for Gerald, but for the family as well. A visitation for Gerald will be held Monday, January 24, 2022 from 10:00 AM to 11:00 AM at Advantage Funeral and Cremation Services, 7000 West State Street, Rockford, Illinois, followed by a service to celebrate Gerald's life at 11:00 AM. Gerald will be laid to rest in Willwood Burial Park, Rockford, IL. Fond memories and expressions of sympathy may be shared at www.advantagefunerals.com for the Clutter family.
See more See Less

In Memory Of Gerald "Jerry" Clutter