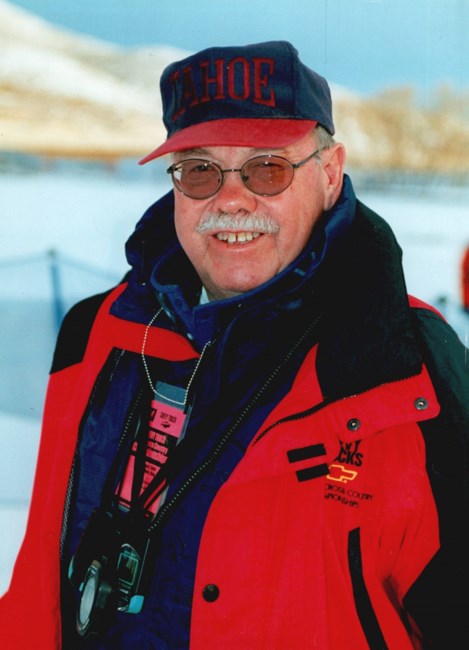 Herbert L. Adams 1936 – 2022 Hanover- Herbert “Herb” “Herbie” Adams 86, of Hanover ended his earthly journey at his home on Friday May 6, 2022 with his loving family by his side, after a difficult struggle with Prostate Cancer. He was born in Rumford on Jan. 23, 1936 a son of the late Roger C. and Katharine (Glines) Adams Sr. He was educated in local schools and graduated from Gould Academy, where he excelled in baseball and skiing. Baseball and skiing helped him earn a scholarship and his way onto the baseball and skiing team at UNH. While playing baseball he appeared in the college World Series as a pitcher. He also was the Captain of the UNH Ski Team, and won the state finals in 1954. After graduating from UNH he was invited to try out for the US Olympic Ski Team, in Lake Placid. From 1961-1964 he was the coach of the Placid High school and then returned to Rumford to teach history and teach the ski team at Rumford High School until 1989. He then worked at Boise Cascade retiring the last day of 1999. Herb married his true love, the former Dorothy Kimball on June 27, 1964 in Bethel, together they raised their two children Erin Elizabeth and Derek Christian. They also enjoyed traveling to many destinations including: Florida, Hawaii, Pennsylvania, Shenandoah Valley, New Mexico, Arizona, Grand Canyon, Lake Tahoe, San Francisco and Northern Ca, and Alaska. He also enjoyed reading, golfing, Civil War History, and officiating at local, state and National ski competitions. He officiated in Olympic Cross Country Meets in Lake Placid and Salt Lake City. His greatest enjoyment in life was spending time with his family, skiing and spending time at the family camp on Howard Pond. He is survived by his wife of 57 years Dorothy of Hanover his daughter Erin Gurney and her husband Daryl, two grandchildren Samuel and Elizabeth all of Raymond, a brother Roger C. Adams Jr. and wife Nancy of CT, a cousin Sally Bodwell, of Bethel and many Nieces , nephews and very dear friends. He was predeceased by his son Derek, his siblings Marilyn, d’Lizarraga, and Roscoe Truitt and a nephew Peter Adams. On line condolences can be shared at www.thibaultfuneralhome.com A service will be held at a later date. In Lieu of flowers donations may be made to Rumford Point Congregational Church PO Box 38, Hanover, ME 04237 or Chisholm Ski Club PO Box 616 Rumford, ME 04276. Arrangements are under the care of Thibault Remembrance Center 250 Penobscot St. Rumford 364-4366.
See more See Less

In Memory Of Herbert L Adams