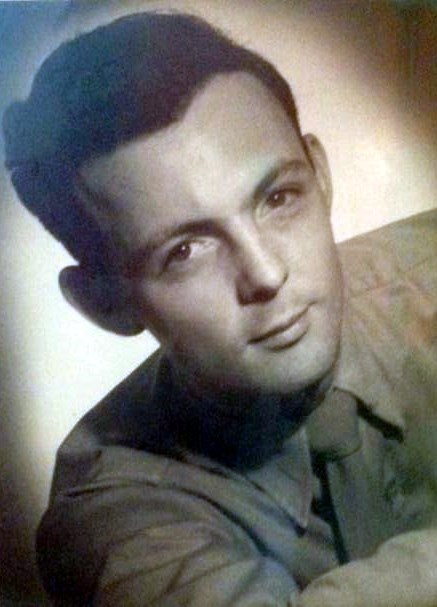 Alvin George Edgell | 2/3/1924 - 5/4/2020 Alvin George Edgell, known to family, friends and colleagues as “Al,” passed away on Monday, May 4, 2020 in St. Louis, Missouri. He was 96 years old. Al was born in Kansas City, Kansas in 1924 to mother Emma Edgell (nee Blahnik) and father Kinzey Edgell, who ran a boarding house. He was to be an only child. In the depths of the Great Depression, when Al was about 11 years old, the family decided to move to Emma’s hometown of Menominee, Michigan. It was in Menominee where Al would grow up: running in and out of his grandfather Joseph Blahnik’s general store and playing in the streets of the neighborhood where the Edgells lived -- known as Frenchtown. Al was highly intelligent and, as a student at Menominee High School, skipped two grades to graduate at age 15. The adventurous teen joined friends in heading to faraway Detroit, where they took odd jobs to make a living. At age 18, Al was drafted into the U.S. Army. He attempted to claim conscientious objector status on the grounds that he believed war to be immoral, but this claim was rejected. Instead, he was assigned a non-combat role as a medic and went on to serve in World War II. First, he was stationed in Wales and later -- as the war came to a close -- in Berlin, performing watch and other duties in the war-torn city. Upon returning to the United States, Al took advantage of the G.I. Bill, and enrolled at the University of Chicago to study international relations, having become interested in global affairs during the war. He earned a master’s degree there. He would later go on to serve in the Korean conflict in “psy ops” -- psychological operations. Al always said he wanted to “be useful” to society. With this in mind, he built a career doing development work in a number of countries, starting with Turkey, where he worked for CARE. He continued with CARE in Belize -- then British Honduras. This was fateful, as he would meet his wife, Zelma “Zee” Edgell (nee Tucker) there, during a friendly game of doubles badminton. They were married in Belize in 1968. Al and Zee had two children: Holly, born in 1969, and Randall, born in 1975. Al’s work took the family to Nigeria, the United Kingdom, Afghanistan, Bangladesh and Somalia -- where he wound up his development career working for Save the Children. He retired in 1986. Al and his family now settled in Belize City. He began consulting work and served as a lecturer at the emerging University College of Belize (now the University of Belize). In the early 1990s, Zee -- a published author who also had taught at the university -- was offered an assistant professor position at Kent State University in Kent, Ohio. With both their children in the United States (Holly working in Miami and Randy about to enter college), the pair moved to Kent. Al worked as an adjunct instructor at the university, until 2009, when Zee retired and they both moved to St. Louis, to be closer to Holly, Randy and Randy’s growing family. In St. Louis, and now fully retired, Al became an active member of the St. Louis Ethical Society. He also gave talks and lectures about world affairs at the society and for other groups around the region. He enjoyed taking long drives and spending time with his children and grandchildren. He was a frequent St. Louis Post-Dispatch “Letter to the Editor” writer and had several letters printed in that publication. Anyone who knew Al knew he was always up for a discussion about current events and politics. He read widely and used his computer up to his last days to communicate via email and to supplement his television news and newspaper consumption. A one-time drummer who played in various informal jazz combos, he enjoyed listening to music. A lifelong sportsman, Al enjoyed playing badminton, tennis, basketball and -- most of all -- baseball. In fact, he once came close to joining the ranks of baseball with the (then) Philadelphia Athletics, but an injury (ironically, playing basketball) ended that dream. His position of choice was first base, and wherever Al lived, he always found a team to play with. In 2017, Al published his memoirs, “Hindseeing: A Life in the World,” under the pen name Bertram Clive Beardsley. Al is survived by his wife of 50 years, and their son Randall and his wife Emily Shavers Edgell, and daughter Holly. He is also survived by three grandchildren: Isaac Edgell, Sophia Edgell and Simon Edgell. He is also survived by a loving extended family: brother-in-law and sister-in-law Barrington “Barry” Tucker and Leslie Dunlap of Bolingbrook, Illinois,; brother-in-law and sister-in-law Stanley Longsworth, Sr. and Laura Tucker-Longsworth of Belize City, Belize; brother-in-law and sister-in-law Glenford Eiley and Martha Tucker-Eiley of Placencia, Belize; sister-in-law Monica Tucker of Miami, Florida; and sister-in-law Ava Tucker of Coral Springs, Florida. His extended family includes a host of nieces and nephews residing in Belize and the USA. Al is also survived by his first cousin David Tolan of Milwaukee, Wisconsin, USA. In lieu of flowers, we invite you to make a donation to the Trudy Busch Valentine School of Nursing at St. Louis University. A celebration of life will be held in the Fall of 2020
See more See Less

In Memory Of Alvin G. Edgell