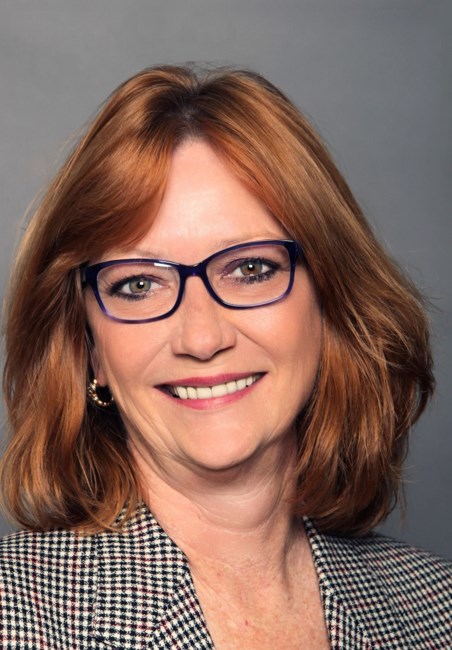 Charlene Fay Yore Deeken Good bye, little Robin-Marie Don't try following me Don't cry, little Robin-Marie 'Cause you know I'm coming home soon -Mountain The world lost a beloved mother, sister, aunt, Gigi, and friend, Charlene Deeken. Charlene died on July 27, 2022, surrounded by her family. She was born in Saint Louis, MO on October 14, 1956 to Joann and Harrison Chapman. She grew up with sisters who were her lifelong best friends. She was survived by her daughters, Melanie (Matthew) Hussey and Katie (Steven) Beermann whom she loved very much. She was an amazing Grandmother, or more affectionately, Gigi, to Mason, Macklin, and Eleanor who will live on in her amazing legacy. Charlene worked for the City of Saint Louis in various civil servant roles starting shortly after graduating with Honors from Roosevelt High School. She was able to work her way up the ladder with hard work and immense determination. Eventually, she was appointed to her most advanced role as Director of Public Safety. She was the first and remains the only woman to have served in this role. After more than 40 years serving the city she loved so very much, Charlene retired in April of 2021. She spent her time playing with her grandkids, watching and feeding birds, gardening, throwing frisbees for her dogs, and watching Cardinals Baseball. Charlene was a joyful, kind-hearted woman. She strived to ensure fairness and justice; she was ever the optimist. Whenever something negative came her way, she had an amazing ability to look at the bright side and sing “Que Sera Sera.” She will forever be missed. Please join us for Visitation from 2-6 pm on Sunday, July 31, 2022, at Hoffmeister Colonial Mortuary at 6464 Chippewa, St. Louis, MO 63109. Mass will be celebrated at 10 am Monday, August 1, 2022, at St. Stephen Protomartyr Catholic Church 3949 Wilmington, St. Louis, MO 63116. Luncheon immediately following will be served in the parish center. Memorial contributions suggested to Stray Rescue of Saint Louis or World Bird Sanctuary. Please wear green for Charlene! Charlene Fay Yore Deeken, 65. Daughter of the late Harrison and Joann (nee Patton) Chapman; loving mother of Melanie (Matthew) Hussey and Katie (Steven) Beermann; dear grandmother of Mason, Macklin, and Eleanor Fay; dear twin sister of Darlene (Jack) Dwyer, and sister of Marlene (Rick) Weber, Arlene (Clarence) Chapman, Penny (Kent) Hendel, and the late Gloria Shanahan; sister-in-law of Jim Shanahan.
See more See Less