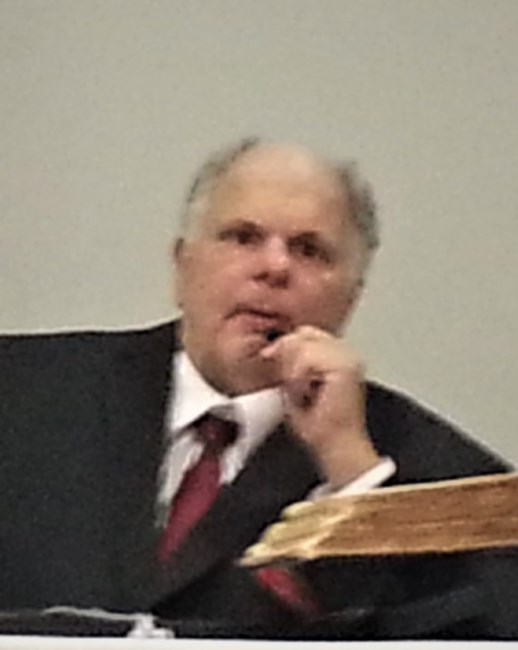 Gregory Lee Eikermann, age 70, born December 16 1951 in New Orleans, Louisiana. Son of Jim Baumgardner and Jewell Mary Jane (nee West) Eikermann Renne and adopted son of Walter Eikermann. Gregory moved to Owensville, MO in infancy and enjoyed childhood primarily in Bland, MO. Blind since infancy, he attended Missouri School for the Blind in St. Louis, graduating in 1969. Ordained a gospel minister by Open Door Tabernacle on December 28, 1997, he preached the Word throughout his life. He was the Associate Pastor of International Christians Mission Church 2008-2010. He was installed as Pastor of Serenity Temple Church April 21, 1998. He served Universal King Ministries since 2004 as a preacher devoted to evangelizing in nursing homes throughout St. Louis and surrounding areas. He is preceded in death by his parents and survived by cousins, Mike and Mark West of Norfolk, Virginia and by his caregiver and special friend of Jim and Carol Hoener. He was a friend and companion to many on the journey. SERVICES: Visitation 9 am until time of service at 11am, Tuesday, August 9, 2022 Hoffmeister Colonial Mortuary. Private interment Liberty Cemetery in Belle, MO. Memorial contributions in lieu of flowers to Universal King Ministries greatly appreciated.
See more See Less

In Memory Of Gregory Lee Eikermann

Send flowers in the next 22 hours for guaranteed delivery.