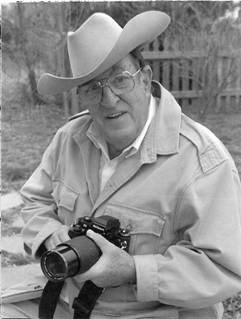 Edward F. (Ted) Deacon was born on September 12, 1922 in St. Louis, Missouri and died peacefully at home surrounded by his family on July 26, 2022, six weeks short of his 100th birthday. He graduated from the United States Military Academy at West Point and was commissioned as an officer and pilot in the US Air Force during and after World War II. He was a B17 bomber pilot at the end of the war and was later stationed at various air bases in Germany, France and North Africa. Among other assignments throughout Europe he participated in the Berlin Airlift prior to his reassignment back in the US. He resigned his commission in December 1949 to enter the business world and until 1991 held several executive positions with various manufacturers and distributors in the commercial flooring industry. During his business career he was a past President of the Atlanta Floor Covering Association, National Sales Manager for the Commercial Carpet Corporation in New York, Vice President and Contract Division Manager of A.R.M. Industries in Philadelphia, President of the commercial division of Sequoyah Industries in Oklahoma, and finally Senior Vice President of the Blacknall Company in Atlanta at the time of his retirement in 1991. Maryland’s eastern shore always held a strong attraction for Ted and his wife Micki and in 1991 they chose historic Whitehaven as their retirement location. Ted was the first president of the Whitehaven Heritage Association and he continued on its board of directors following his two terms as president in addition to serving as member of the Lower Eastern Shore Heritage Committee. In 1999 he initiated and led the effort in the creation of Whitehaven as a Designated Historic District by the Wicomico County Council. He was also elected to the board of directors for the Friends of Poplar Hill Mansion during the 1990’s and served as Board Chairman in 2004 and 2005. In his retirement Ted pursued a very active second career with his long-time interest and involvement in professional photography. He produced much of the advertising and brochure photography for Wicomico County and Worcester County Tourism, and for a number of inns, hotels, restaurants and other businesses throughout the eastern shore. He was honored with the Attractions of the Year award for the year 2000 by the Wicomico County Convention and Visitors Bureau. In addition many of his pictorial and scenic photography have been exhibited and sold by various galleries in Salisbury and other lower shore locales. Along with his talents as a photographer Ted was an accomplished pianist and artist, carving and painting beautiful shore birds for friends and family. During his lifetime he placed great emphasis on the importance of personal honor and always strove to live by these words from the West Point Cadet Prayer: “Make us to choose the harder right instead of the easier wrong, and never be content with a half truth when the whole can be won.” He was also strongly influenced and guided by this wording from the Reformed Presbyterian Church creed: “Life is a gift to be received with gratitude and a task to be pursued with courage.” Up until his final illness Ted began every day enthusiastically pursuing his numerous projects and interests. His larger-than-life personality was best characterized by a friend who once said, “Ted should have had his own sitcom in the 50s.” That summed him up perfectly. His death leaves a huge void in all of our lives. Ted’s wife Micki died in May of 2021 and his oldest daughter Donna died in February of this year. He is survived by his 4 children Edward “Ted” III, Angela (Aidan), Gwynne (Grady) and David; 4 step children Suzanne, Dan, Mimi and Phillip, 14 grandchildren and his faithful dog pal Gigi. Friends are welcome to join the family at the Graveside Funeral Service with Military Honors on Monday, August 1, 2022 at Springhill Memory Gardens in Hebron at 3pm and at a reception to follow at Ted’s home in Whitehaven 4:30 to 6:00 p.m. The family would like to thank Coastal Hospice for all of the love and care shown to Ted and his family. Donations may be made in his memory; Coastal Hospice, PO Box 1733, Salisbury, MD 21802. Visit www.boundsfuneralhome.com to share stories and memories with the family.
See more See Less