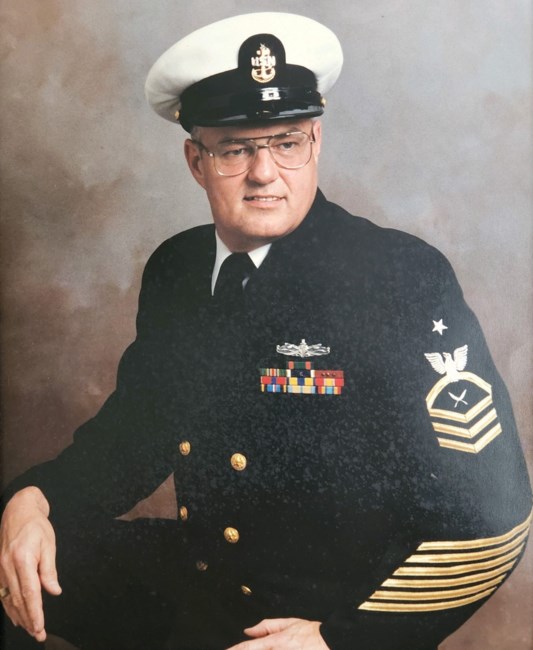 .Michael B. Walt, 83, of Zephyrhills/Millsboro went home to be with the Lord on August 4, 2022. He was born July 30th, 1939 to Archie and Grace Walt. Michael was a retired U.S. Navy Veteran of 30 years. He served in five overseas tours, one which included sailing on the U.S.S Shangri-La on a goodwill cruise around the world. He was awarded the National Defense Medal, Navy Expeditionary Medal, Armed Forces Expeditionary Medal, Naval Reserve Meritorious Service Medal, Armed Forces Reserve Medal, Gold Conduct Medal (4), Navy Achievement Medal, Navy Commendation Medal, Meritorious Unit Commendation Award (2), Sea Service Deployment Ribbon, Navy Battle “E” Ribbon, Recruiting Silver Wreath Badge (2). He concluded his military career at the highly respected level of Senior Chief Petty Officer. He was a member of the Dagsboro Church of God, where he served as an usher, elder, and member of the Financial Committee. He was also an owner of a contracting company for many years. Michael had a passion and talent for woodworking, bowling, and a love for history. He also enjoyed going to the Indian River Senior Center to play cards and billiards. He is survived by his loving wife, Janie Walt; children Pamela Rogan, Theresa White, and Catherine (James) Seemann; step-daughter Nova (Forrest) Williams; grandchildren James (Amber) Seemann Jr., Michael (Shelbi) Seemann, Jacob (Lindsay) Seemann, step-grandson Brandon Williams; great-grandchildren Rachel, Eliana, Emery, Everly, and Sarah; and a sister Pamela Walt Adelizzi. As well as a special cousin Karen Selby He was preceded in death by his parents Archie and Grace Walt; two brothers, Robert and Allan Walt; and two sisters, Lynne Kozak and Carol Lessor. A Memorial Service will be held on Monday, August 29 at Hodges Funeral Home, 11441 US-301, Dade City, Florida, where friends and family may gather at 10am - 12pm. In lieu of flowers, the family suggests donations be made to Dagsboro Church of God, P.O. Box 520, Dagsboro, DE 19939.
See more See Less

In Memory Of Michael B. Walt