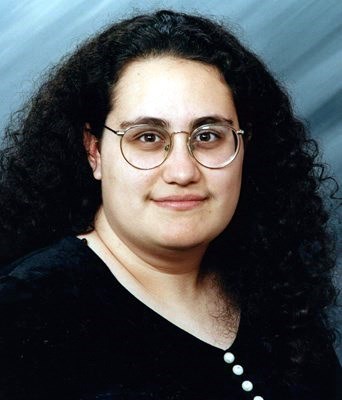 Our beloved Angela Suzanne Martinez, entered into rest on February 9, 2014 at the age of 32. A native of San Antonio, she was born on May 6, 1981 to Jesus Antonio and Cynthia Ann Martinez. She graduated from Thomas Jefferson High School, where she played the flute with the Mustang Band for 4 years and furthered her education at Texas A & M graduating in 2004. Angela loved animals especially her puppies Corky and Chewy. She treated them as if they were her babies. Angela was a very loving daughter and sister, and was her brother’s best friend. She was preceded in death by her paternal grandfather, Jose Lorenzo Martinez; maternal grandparents, Johnny Joseph and Anita Margaret Gass; uncles, Roberto Martinez and John Moore; She is survived by her loving parents; brother, Joseph Lorenzo Martinez; paternal grandmother, Jesusa Martinez; aunts and uncles: Jose L. Martinez, Jr., Maria Georgina and Julian E. Gonzales, Jr., Ignacio Martinez, Maria Teresa and Andy Cardenas, Esther Martinez, and Joyce Moore along with numerous cousins and friends. A Memorial Service will be held at 2:00 p.m., Saturday, February 22, 2014 at Funeraria Del Angel Roy Akers. In lieu of flowers memorials may be made to a charity of choice. Please visit www.funerariadelangelroyakers.com for online tributes.

In Memory Of Angela Suzanne Martinez