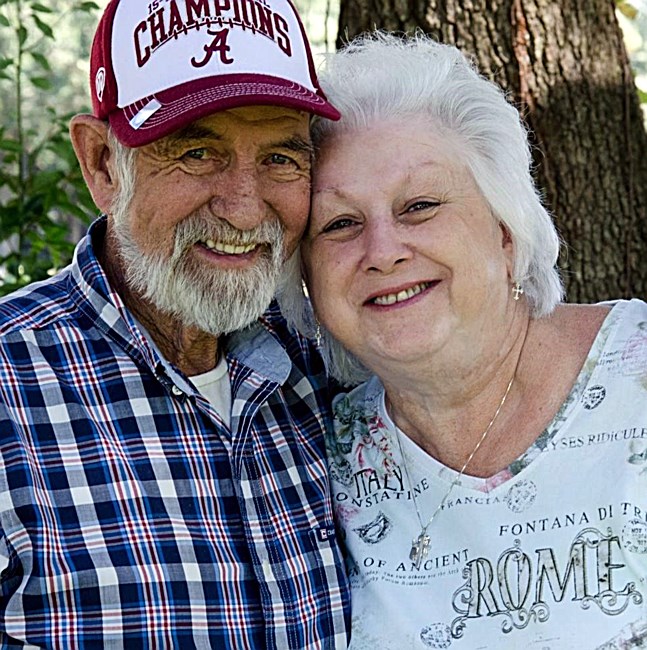 Barbara Bielarski, age 75, of Saraland, Alabama passed away on Friday, July 28, 2022. Barbara was born Sunday, December 1, 1946, in Mobile, Alabama to the late Leon Riley and Etta Belle Parnell Wiggins. She retired as a School Bus Driver with the Mobile County Public School System. Barbara was a member of Shepherds Chapel and was a graduate of Satsuma High School. She will be missed and was loved greatly by all who knew her. Barbara was preceded in passing by her parents; her beloved husband, Clifton L. Bielarski; one son, Keith L. Bielarski; one daughter, Denise L. Bielarski; three brothers: Riley Wiggin, Joe Wiggins, and Ed Wiggins. Left to cherish Barbara's beautiful memories will be her daughter, Sherri Bielarski Herrington(Duncan); two brothers: Jack Wiggins (Shelia), Bill Wiggins, two sister: Carol Edmonds (Richard), Sally Staton (Tom), seven grandchildren: Kyle Bielarski, Kristina Bielarski, Courtney Mitchell, Bradley Middleton, Brianna Roney, Jessica Herrington, Rebekah Herrington; several great-grandchildren, many extended family members and a host of wonderful friends. A visitation for Barbara will be held Monday, August 1, 2022 from 9:00 AM until time of service at 10:00 AM at Radney Funeral Home, 1200 Industrial Pkwy, Saraland, AL 36571. Interment will immediately follow on the grounds of Forest Lawn Memorial Gardens, 10000 Celeste Road, Saraland, Alabama, 36571. The family would like to extend their warmest gratitude to all of their family and friends for the care, prayers, and friendships through the years. Fond memories and expressions of sympathy may be shared at www.RadneyFuneralHome-Saraland.com for the Bielarski family.
See more See Less