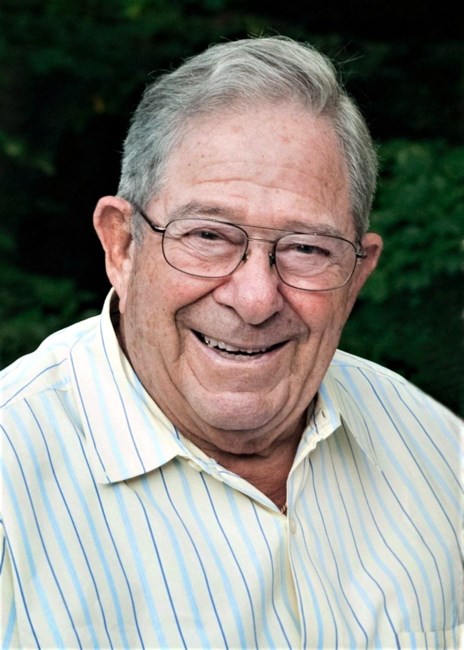 Warren J. Coville, age 97, of Sarasota, Florida passed away on Tuesday, September 6, 2022. Warren was born May 17, 1925. Born in Far Rockaway, New York, his family moved to Detroit when he was young. He joined the Army and served in WWII as an aerial photographer. He met the love of his life, Margot Triest, they were married in 1948 and were together for 72 years until her passing in December 2020. He had a business with his brother Don, Coville Portraits and then started ABC Photo photo finishing company. ABC Photo merged with Bill Davidson’s Guardian Industries and became Guardian Photo. Together, Warren and Margot started an “I Have a Dream” program promising 78 fifth graders from Roosevelt Elementary (which he had attended) that all who graduated high school would be able to attend college or trade school. To this day, “Dreamers” kept in touch by Facebook. They were very active in the Jewish Community both in Michigan and Florida. They established the Trico Foundation, a Coville-Triest Family Foundation. They were benefactors of JARC, establishing the Warren and Margot Coville Scholarship Fund for Independent Living, and of Jewish Family Service, endowing its Coville Group Apartments for the Elderly Project. In Sarasota, he was on the Board of the Jewish Family and Children’s Services where they created the “Coville Counseling Center” and also served on the Board of the Jewish Housing Council. They were very active in the arts in Detroit and Sarasota. He was a Board member of the Cranbrook Academy of Art, the Detroit Institute of Arts, and the George Eastman House. He donated part of his photojournalism collection to the Library of Congress and 1,600 photographs from the war to the John and Mable Ringling Museum. They helped created the “Kotler-Coville Glass Museum” at Ringling Museum open to the public for free. They have donated the majority of their studio art glass to Ringling Museum. He was active with the Marie Selby Gardens sponsoring exhibits. He was on the Board of the Visit Sarasota County and won the “Voice of Sarasota Tourism” award. He was very active with the Asolo Theatre, serving as President of the Asolo Repertory Theatre. Through the FSU/ Asolo Conservatory, he and his wife sponsored many students over the past twenty years. There was a recent ribbon cutting for the” Warren and Margot Coville Rehearsal Hall” for the Asolo Repertory Theatre. He is survived by three daughters (Lynn Coville, Westbrook CT, Betsy Coville Lutz, FL, Claudia Coville Sarasota, FL) two grandchildren (Gabriel and Liz Curtidor Marietta, GA, Ashley Curtidor, Parrish, FL) and one great-granddaughter (Sofia Curtidor.) several nieces, nephews and their families. Donations can be made to the Coville Apartments in Oak Park through: https://jslmi.org/assisted-living/coville-apartments-living-oak-park/ Scroll to: In Oak Park, Margot & Warren Assisted Living Apartments: Coville Good Life Fund A Funeral Service service for Warren will be held Thursday, September 8, 2022 at 11:00 AM at Robert Toale & Sons Funeral Home, 170 Honore Ave, Sarasota, FL 34232, followed by Graveside at 12pm. Fond memories and expressions of sympathy may be shared at www.palmsrobartsfuneralhome.com for the Coville family.
See more See Less

In Memory Of Warren J. Coville