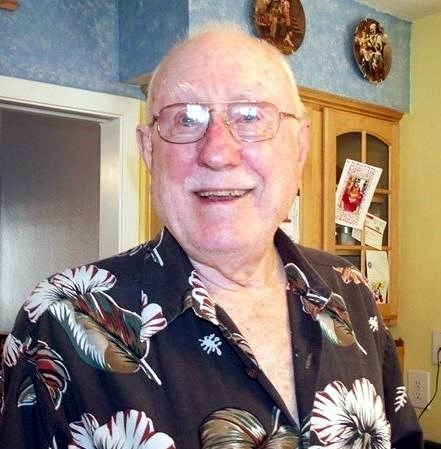 John G. (Jack) Keller, 92, of Scottsdale, passed away peacefully on August, 13th 2020. He was born in Columbus, Ohio on August 2nd, 1928 to Anna Madge (Robertson) and John Guy Keller. Jack’s second marriage was to Phyllis Fradella (formerly Phyllis Pagnillo) on December 7th, 1975 in Scottsdale. Jack graduated from Ohio State University and received a Bachelor of Science in Business Administration, with a concentration in Accountancy. He was a CPA and had a career in Tax Accounting, retiring from The Greyhound Corporation in 1987. He worked in several other industries throughout the years, including roles in accounting and other business ventures. Jack was proud to be a Buckeye, and had a lifelong passion for Ohio State sports, especially football. He was a member of the AICPA and NRA, and served on the board of several homeowners’ associations over the years. His other interests included watching sports, all things aviation, target shooting, and he was very interested in politics and the current affairs of local, state and federal governments. Jack was a 70-year member of the Masonic Fraternity. He enjoyed spending time with family and friends and always had a good story to share. Jack is survived by his wife of 45 years, Phyllis Keller, his four sons John Stuart (Stu) Keller, Tim Keller (Kim Keller), Ken Keller (Betty Tinnell), Philip Keller (Jeannie Keller), stepson Daniel Pagnillo (Margaret Pagnillo), grandchildren Jay Lynch (Lisa Lynch), Kyle Keller, Brian Keller, Christina Keller, Jennifer Keller, Anthony Pagnillo, Madeline Pagnillo, Mary Pagnillo, great-grandchild Jayson Lynch, Stevi Lynch and three great-great grandchildren, as well as many other extended family and friends who will deeply miss Jack. A service will be held in the fall, time and date to be determined. In lieu of flowers the family asks to please consider a donation in Jack’s name to Hospice of the Valley or the American Cancer Society.
See more See Less

In Memory Of John Guy Keller