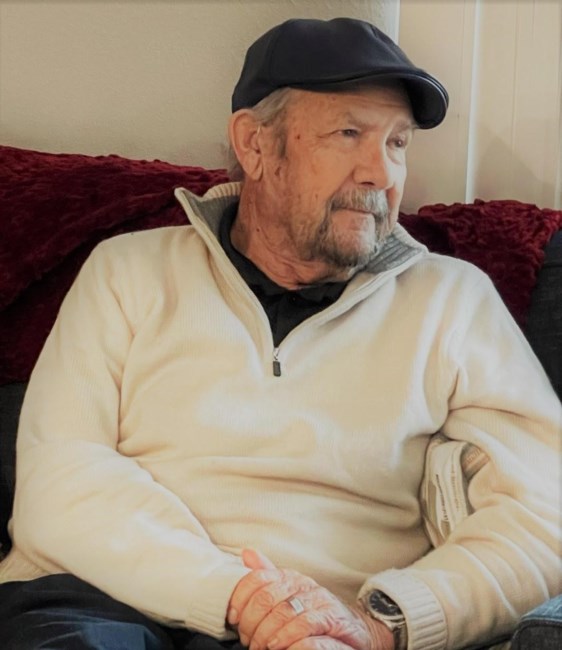 I, MaryHelen Mondragón, along with the family, sadly announce that my 'Handsome Husband', Dr. Richard V. Albery, Sr. [MD] has ascended to the world of the eternal and everlasting light in January 2022; 9 days shy of his 92nd birthday. May you now reap the Honors and Rewards of his service to man-kind. May you be in peace and may you feel the happiness bestowed upon us by your presence, friendship, love, compassion, warmth, caring, dedication and the everlasting joy we are all enlightened with. Dr. A. was born in February 1930, to Roy Miller Albery and Charlotte {Lottie] Blanch Albery, née Gutscher, in Jersey, Ohio where he and his siblings grew up on the farm of his father Roy. As a child he was known as Dickie to his family. Each sibling would be assigned a chore at the age of 5 years to help grow food, feed the animals from the early time of 3:30 am every day. Dr. A. lived by the clock as by 5 years each child would be assigned the easiest chore for their ability. Dr. A. is remembered by family, patients, and numerous friends as a kind, energetic and giving physician, who dedicated his life and considerable intelligence in the service of those who needed medical help, almost to his last day on earth. In 1954, Dr. A., earned his 'College of Arts and Sciences' from Ohio State University. Then became he was a Candidate for Masters Degree in Anatomy and Masters Degree in Pathology (Dual Enrollment) from 1954 to 1957. Dr. A. continued his studies at Ohio State University College of Medicine and was inducted into the Alpha Omega Alpha National Medical Honors Society as a third-year student. Dr. Albery received his medical degree in 1959, graduating cum laude, and second in his class and completing his residency at The Toledo Hospital, Toledo, Ohio. The medical career of Dr. A. spanned roughly 60 years, spending eighteen years in private practice as a family medicine specialist in Toledo and another eighteen years in private practice in Phoenix, Arizona. The vast knowledge that he acquired along with empathy to all allowed him to quickly make the correct diagnoses for patients to initiate the proper course of treatment. He often joked to a patient, "IF I do not know what the diagnosis is in 30 seconds, we are both in trouble". As he smiled. At various times he instructed family practice residents at both the W.W. Knight Family Practice Center in Toledo and the Good Samaritan Hospital Residency Program in Phoenix. He was the medical director of Medmark Health Plan for two years in Phoenix and for ten years he was the principal investigator in Phoenix for Lovelace Scientific Resources, a national pharmaceutical research company. In 2004, Dr. A. followed his desire to assist those most in need of medical assistance to the communities of Morenci, and Safford in southeastern Arizona. He became a staff physician for Adelante Health Care, in Maricopa County and Canyonlands Healthcare in Safford, both public health clinics. He also practiced with Maricopa Integrated Health Service. In Canyonlands Healthcare, Dr. Albery assisted in running the diabetes clinic and in 2018, Dr. Albery opened his own diabetes clinic to assist those suffering from this undertreated disease. Dr. A. became a member of numerous professional organizations, including the American Medical Association, the Maricopa County Medical Society, the International Headache Society, the National Migraine Foundation, Honors Medical Society. He was retained as a medical expert witness various court cases, including for the U.S. Attorney in the District Court of Alaska. In addition, he conducted medical research throughout his career, in such areas as headaches, especially migraines, osteoporosis, skin cancer and diabetes. Dr. Albery was pre-deceased by his former wives, Thelma Irene (Tommie) Albery, née Bolin, and Judith Ann Albery, née Humphreys, pre-deceased him and be will be interred with them. Dr. A. is survived by his wife, MaryHelen, his children, Tara Chinn, Richard (Chip) Albery, Jr., and Brooks Albery, Charles Long, his step-children, Amy and Adam Palmisano; his grandchildren Lori, Matthew, William, Jonathan, and Steven Chinn, Brooks, Jr., Brooke, Kari Wipfli, and Sean Albery; and great-grandchildren Rose Idabelle Wipfli, Vivian LaRue and Caroline Jo Chinn. A Memorial to Honor the most accomplished life of Dickie, Richard, Dr. A. and Handsome Husband is set for Monday, February 14, 2022, 12:00 p.m., at Green Acres Cemetery, 401 N. Hayden Road, Scottsdale, AZ 85257.
See more See Less