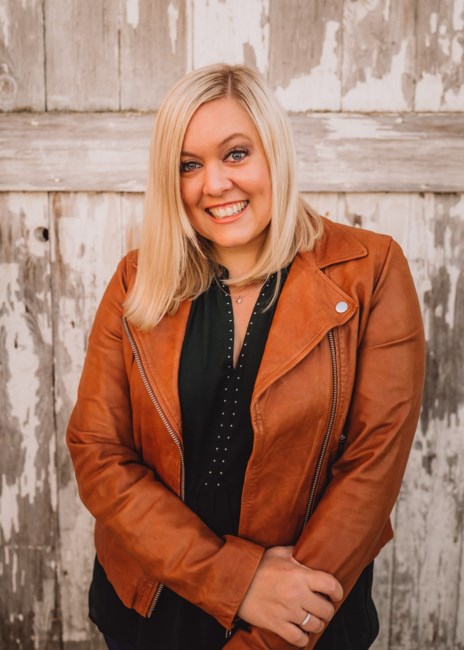 Ashley Ann Abolafia was born December 19, 1983, in Manchester, Connecticut, to Ronald Shelton and Pamela Kester. She passed away after a courageous 9-month battle with colon cancer on January 15, 2023, in Seattle, Washington. Ashley moved frequently throughout her childhood and never settled in a city for too long. The constant presence of her grandfather, Jerry, provided Ashley love and support regardless of where she lived. Their relationship deepened when Ashley moved back to Connecticut in high school. Ashley graduated from Avon High School in 2002. She went on to attend the Fashion Institute of Design & Merchandising in Los Angeles, California. After working as an assistant buyer, Ashley returned to school at Gonzaga University earning a degree in accounting and later achieving a certified public accountant (CPA) certification. She proudly worked at Deloitte & Touche followed by Atlantic Power Corporation. Even with her love of details and numbers, she never felt as though accounting was her true calling. In 2015, Ashley found her perfect career, blending her upbeat personality and financial savvy as a real estate broker for Windermere. Ashley brought passion, dedication, style, and fierce loyalty to every interaction, from her time volunteering with the Junior League of Seattle, building her dream vacation home in Suncadia, Washington, or spending time with her numerous groups of friends. Ashley met and instantly fell in love with Jack Abolafia. They married in 2013 and built their lives and business together. Jack was the calm to Ashley’s over the top enthusiasm and the unwavering rock while she was sick. Together Ashley and Jack had two beautiful girls. Emma (6) and Aviva (4) were her absolute pride and joy. She dedicated her life to them. From camping trips to Disney princess makeovers, to sleigh rides, and quiet arts and crafts time, Ashley made sure they were loved and cared for. Everything she worked for was to ensure they had the best life possible. Ashley knew life's advantages were not given but earned. She took nothing for granted and worked hard for everything she had. Her dedication to her clients would often include midnight calls followed by early morning deals. Her clients raved about her dedication, kindness, and professionalism. While Ashley lived every day with a force for life. She approached her cancer diagnosis with enviable grace and strength. She never complained or asked why this was happening to her. She joked she was “one in a million” odds so her friends would never have to face the same hardship. She inspired so many people with uplifting messages, kind words, and selflessness. It is only a shame that these last words do not capture the same eloquence that Ashley brought to her cancer journey, and every day of her life. Ashley is survived by her husband, Jack; daughters, Emma and Aviva; mother, Pam; sister, Paige; brothers, Stephen and Greg, and a dedicated and loving group of friends. Please note that Seattle Golf Club has a strict no denim policy, as well as requests respectful attire for all guests. They also require that all cell phones are set to silent and phone calls are only taken in your vehicle. In lieu of flowers, please consider donating to Emma’s and Aviva’s college funds. https://account.venmo.com/u/Jack-Abolafia
See more See Less

In Memory Of Ashley Ann Abolafia