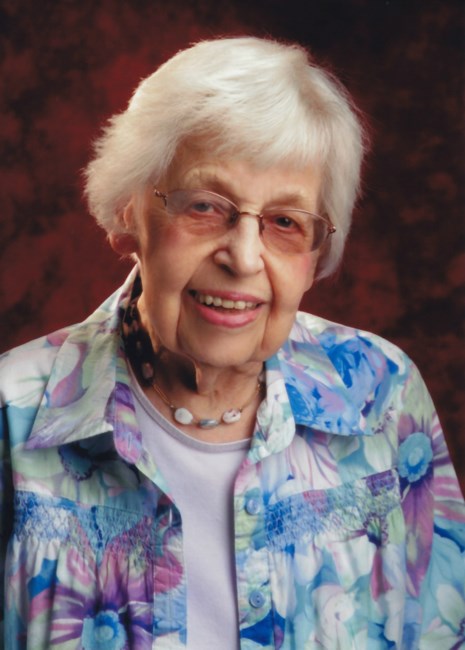 Connie Stevenson was born July 6, 1918 in Mason City, Iowa, one of four children. She passed away on February 25, 2013 in Seattle, Washington. The birth of her sister Jean, eleven years younger, was a joy for Constance, allowing her to play the happy role of mother or attentive big sister.

Following her first two years of high school in Mason City, the family moved that summer to Seattle. She attended her last two years at Roosevelt High School.

Connie married her high-school sweetheart, Donald Nelson, in 1936. Don “rode the rails” (stealthily boarding freight trains) from Mason City to Seattle to reunite with his girl friend, and nearly losing his life in the process. They had two daughters: Judy Nelson and Joanne (Jerry) Shierk. Connie later gained a son. Her second husband, Albert Stevenson, brought his son Bob into the household.

Don served in the army during WWII, leaving care of the girls to Connie. She worked in Seattle for Van de Kamp Bakery, eventually becoming district manager of the Seattle stores. Without a car, she commuted from Renton by Trailways coach each work day and traveled between stores on Seattle Transit busses. Returning from work she would serve up the dinner started by the girls, iron, wash clothes, bathe the girls and then prayers and a bedtime story. If given a title, Constance Stevenson would simply be named ”Super Mom“.

As the girls left home and Bob matured, Connie returned to work as a clerk at the University of Washington. She renewed her interest in golf, joining a cluster of lady friends for regular golf outings.

Al and Connie adored dancing. They took group ballroom dance lessons at the Elks, Latin American, waltz, jive, two step, etc. The whole spectrum. On Saturdays the group would “dress to the nines” and have a lavish night of dancing, including some exhibition dances.

They traveled throughout the country, recording their travels by diary and camera. She also took up painting, following the lead of many in her family and of Don’s.

God saw you getting weary. He did what He thought best. He put his arms around you and said, "Come and rest". He opened up His golden gates on that heartbreaking day, and with His arms around you, you gently slipped away. It broke our hearts to lose you. You did not go alone. A part of us went with you, the day God called you home.