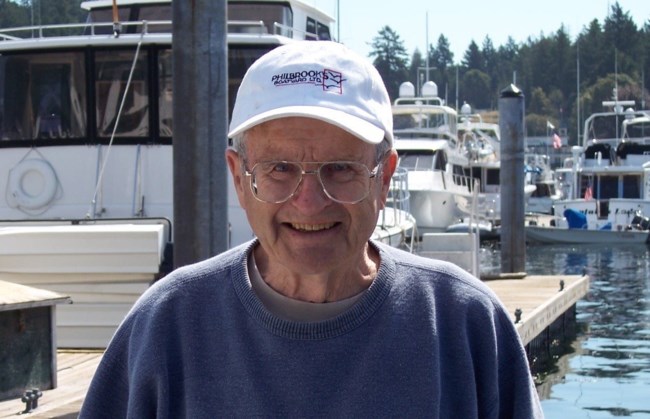 As the son of a naval officer Jim moved frequently, living in Connecticut, Washington DC, California, and Hawaii. He graduated from high school at the age of fifteen, and earned a bachelors degree and a master’s degree in economics at UCLA, and a Ph.D. in economics from the University of California at Berkeley.

Jim specialized in natural resource economics and is widely acknowledged as one of the founders of that academic field. His teaching, research and public service contributed significantly to marine resource economics and his management expertise supported efforts to implement his research findings in the practical world. Through Congressional Hearings and participation in Federal policymaking bodies he helped to shape the US marine policy-related decisions particularly in regard to the use and management of the sea bottom mineral resources.

Jim served as a consultant and expert advisor for many state, Federal government, and international organizations on issues related to marine and natural resources. In the 1950’s and 1960’s Jim led fisheries development projects for the United Nations in Africa and South America. He served as technical advisor to U.S. government agencies, including the National Academy of Sciences, National Science Foundation, National Marine Fisheries Service, and the U.S. Army Corps of Engineers.

He was also a founding partner of the firm Natural Resource Consultants, a global leader in marine resource and environmental consulting, providing factual information on living resources and the consequences of human use.

After his retirement from the University of Washington, he continued an active and fulfilling life. In additional to his independent consulting work, he enjoyed travel abroad, amateur radio, cooking, and current affairs. He divided his time between Seattle and the San Juan Islands of Washington State. His happiest times were spent cruising through the islands in his boat with his family and his dogs fishing, exploring, and cooking gourmet meals for all aboard.

In lieu of flowers, the family invites everyone to make memorial donations in honor of James Crutchfield to a charity foundation of your choice.

In Memory Of James Arthur Crutchfield