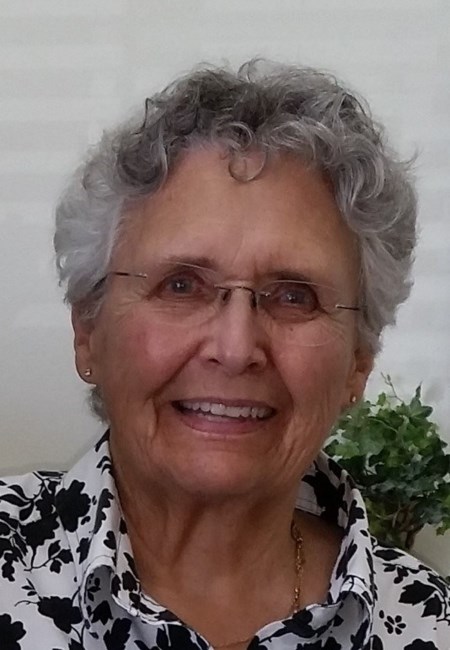 Linda Joyce Kinnear, daughter of Capt. Lin and Edna Jorgenson was born in 1925 on May 13th, in Seattle, WA. Her father was Norwegian her mother Swedish, and she was proud of her heritage. Linda had many fond memories of the visits she made as a child to family who mostly were settled in the Lake Erie, Lake Campbell, Anacortes, Rosario, and Lynden areas. Summers with her mother’s mother (Hilda Johnson) were happy memories her whole life. She graduated Seattle’s, Lincoln High in 1942. She went on to study at the University of Washington, graduating with a BS in home economics and became a dietitian, doing her residency in Dayton, Ohio. Where she continued to work until 1948. She married Blake H Kinnear, on Oct 20, 1948. They moved to Juneau, AK where Linda worked in the local bank and Blake ran a patrol vessel for the USFWS. In 1950 their son Blake Wayne was born in Juneau. A few years later they set off on a new course and took a year around job with Fidalgo Island Packing Co, a salmon cannery located in the village of Port Graham, AK as winter watchmen/storekeepers and Blake H. was a mechanic during the busy summers. During these years, Linda home schooled Blake W. and staffed the cannery store. Daughters Christine Elizabeth (b. 1954) and Patrice Lin (b. 1959) arrived during this peaceful interlude. Fire destroyed the cannery in 1960 and Linda and family moved to nearby Seldovia where she substitute taught at the Seldovia school, volunteered at the library, sewed, and knit many pieces of clothing and took her vacations hunting moose for the family’s subsistence meat with Blake H. After the Good Friday earthquake/tidal wave of 1964. The family followed the king crab fishery to Kodiak and Linda and Blake bought into a cannery on the waterfront and began working side by side to build their business, Kinnear& Wendt Inc., processing and canning shrimp and crab at the Pacific Pearl. Linda was the office manager/ bookkeeper /quality control person as well as working on the shrimp packing line during the heyday of the Kodiak shrimp fishery. They expanded their business to include Roxanne Fisheries and the Martin Cannery. In the meantime, buying their first fishing boat F/V Northern Queen, building their fleet, F/V Lin J, F/V Jody Ann, and F/V Miss Alaska. In 1973 they sold their operation to Castle and Cook, and in 1976 Blake and Linda bought a horse farm in Bothell, WA when he took a job in Seattle with Pan Alaska. Linda enjoyed a huge garden in the Bothell area and the Morgan horses her daughter Patrice showed during this period. After Blake H. died in 1995, she spent 18 years living in a lovely home above the Skykomish river, in Monroe, WA traveling back and forth to a cabin on Guemes Island. In 2012 she built a home in Skagit county on farm property she had purchased years earlier next to her daughter, Patrice, and it was there she enjoyed her last years, receiving lots of undivided attention from her girls. Linda was a supportive wife, loving mother and grandmother, and a good friend to many. She was an avid reader, a great cook, loved watching birds, kept abreast of politics and world affairs, while knitting many beloved socks, sweaters and blankets for her family and loved ones. Linda is survived by her daughters Christine Holland (Ken) of Kodiak, AK, Patrice Zaccardi (John) of Bow, WA. Grandchildren Lavender Rambac (Ernesto) of Kodiak, Emileigh Kinnear, Blake J. Kinnear of Bellingham, WA. Madeline Newton (Ben)of Petersburg, AK, Dominic Zaccardi (Rachel)of Sedro Woolley, WA. Great grandchildren Ethan Beattie of Anchorage, AK. Elizabeth Beattie of Durango, CO, Wylla Rambac of Kodiak, and Bonnie Zaccardi of Sedro Woolley. She was preceded in death by her parents, husband, sister (Gloria E Schasteen), and son (Blake W). Her final resting place will be with her family at Acacia Memorial in Lake Forest Park, WA.
See more See Less

In Memory Of Linda J Kinnear