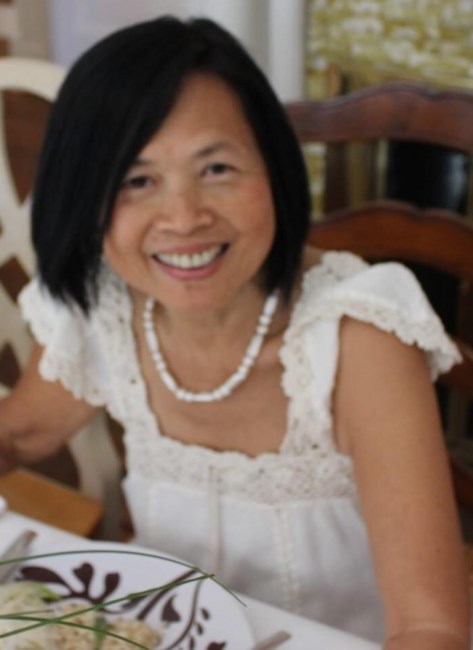 Erlinda (Linda) Adajar, loving and dedicated wife, mother, grandmother, sister and friend, passed away on December 24, 2018 at Memorial Sloan Kettering Hospital in NYC. She was 77 years old. Linda was born on July 18, 1941 in Alitagtag, Batangas, Philippines to Aurora and Dr. Lauro C. Hernandez. She was the second of ten children. Linda received her Bachelor’s Degree in Pharmacy at the University of Santo Thomas in Manila in 1964. Soon after she married Oscar M. Adajar in 1968, they immigrated to the United States and settled in New Jersey where they raised their only child, Gay Margaret. Linda was an avid world traveler and most of all a devout Catholic. Although she pursued a career in food technology Linda’s greatest role was that of a mother. She was kind and nurturing not only to her own daughter but also to many nieces, nephews and cousins who sought her advice throughout the years. She was known to many as “Mama Linda.” Linda is survived by Oscar, her devoted husband of 50 years, daughter, Gay and son-in law, Ken Kasegrande, her grandchildren Isabella and Emma, and siblings (Lettie, Larry, Cellie, Sonia, Mar, Joven, Menel and Baby). Her light will be greatly missed by all who loved her. Viewing: Sunday, December 30th, 2018; 4pm - 8pm Mack Memorial Home 1245 Paterson Plank Road Secaucus, NJ 07094 Mass: 9:30 am on Monday, December 31st, 2018 Immaculate Conception Church 1219 Paterson Plank Road Secaucus, NJ 07094 (Across the street from the Funeral home) In lieu of flowers please consider making a donation in memory of Linda Adajar to either of the following institutions: https://gistinfo.org/about-gist-cancer-research-fund/gist-resources/ https://liferaftgroup.org/the-lrg-mission-vision/ Thank you.
See more See Less

In Memory Of Erlinda Marina Adajar