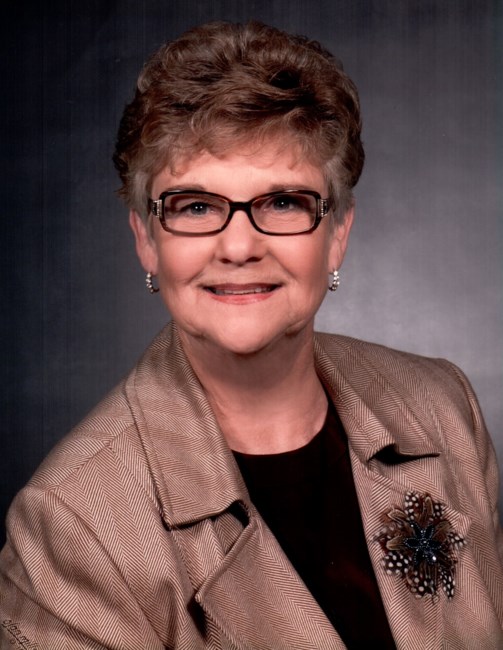 Ella “Wailene” Higgs went to be with the Lord on January 16, 2022 surrounded by her loving family. Wailene was born May 16, 1944 in Mineral Wells, Texas to Waylon “Woody” Stanley Woodruff and Mary Margaret Helmick. After graduating from Classen High School of Oklahoma City, Oklahoma in 1962, Wailene married the love of her life, Larry Edwin Higgs, on June 17, 1962 in Oklahoma City in a small family ceremony. They went on to have two wonderful children, Larry Charles and Rebecca Ann. Wailene worked in the medical field, holding multiple jobs for 40 years. She loved bowling, horseback riding, car shows, crafts, and was heavily involved in Bethel Acres Assembly. In high school, she lettered in softball, swimming, basketball, and volleyball. She was so proud to retire from Bethel Acres Assembly’s Youth Ministry Program as a Sunday School Teacher and being part of the National Honor Society. Wailene was most proud of being a wife of 60 years, mother, grandmother, and great grandmother. Wailene was preceded in death by her parents Waylon “Woody” Stanley Woodruff and Mary Margaret (Helmick) Woodruff, sister Margaret Ann Hembree Skiles, and brother in law Jere Skiles. Wailene is survived by her loving husband Larry Edwin Higgs of Shawnee, Oklahoma, son Larry Charles Higgs (Danita) of Prague, Oklahoma, daughter Rebecca Ann Forrester (Tom) of Shawnee, Oklahoma, 10 grandchildren, 16 great grandchildren, and numerous nieces, nephews, cousins, and friends. A public viewing will be held Thursday, January 20, 2022 from 4-8 PM at Resthaven Funeral Home in Shawnee, Oklahoma. A funeral service will be held Friday, January 21, 2022 at 2:00 PM at Resthaven Funeral Home in Shawnee, Oklahoma with burial to follow at Resthaven Memorial Park. In lieu of flowers, the family requests donations to be made to Bethel Acres Assembly. The Address is 18509 Bethel Rd., Bethel, Oklahoma, 74801.
See more See Less

In Memory Of Ella "Wailene" Higgs