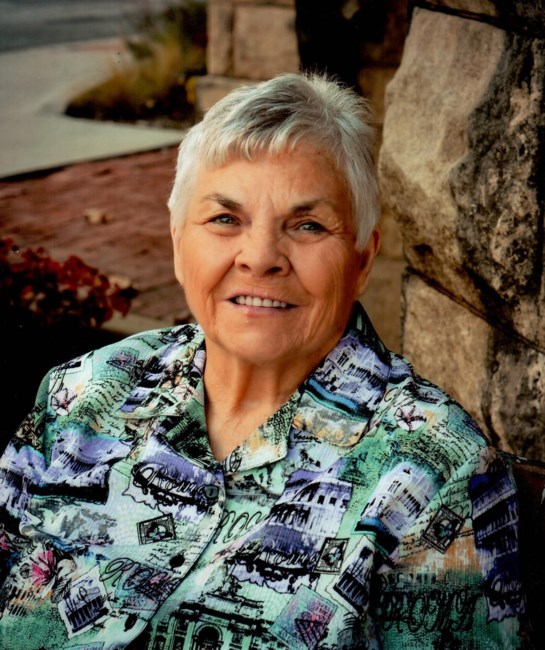 Katie Sue Arnold entered into eternal rest on January 14, 2023 at the age of 85. Katie was born on December 28, 1937 to David Warren and Ester Jewel (Belton) Smith. Katie graduated high school and later married Orlando Ray Arnold on December 1, 1957 in Tennessee. Their marriage produced her proudest moments: the birth of her two children, Bonnie and Richard. Katie was a factory worker and loved to watch baseball and football: the Chicago Cubs and Bears and the Dallas Cowboys. She loved doing puzzles, singing, and worshipping through Bible study. Katie was preceded in death by her husband Orlando Ray Arnold, and her parents David and Ester Smith, three brothers, Dave Jr., Warren, and Robert, and two sisters Martha Ann, and Pauline. Those left to cherish her memory are her children, Bonnie Arnold of Norman, Oklahoma, Richard Arnold and wife Peggy of Yukon, Oklahoma and bonus son Larry Arnold and wife Glenda; four Grandchildren, Trever, Kirstie, Katherine, Tyler, and 3 great Grandchildren, Julian, Jamison, and Kaleb; and many cherished friends. A memorial service for Katie will be held Thursday, January 19, 2023 at 2:00 PM at Resthaven Funeral Home, 44909 HWY 3, Shawnee, Oklahoma 74801. Fond memories and expressions of sympathy may be shared at www.resthavenfh.com for the Arnold family.
See more See Less

In Memory Of Katie Sue Arnold