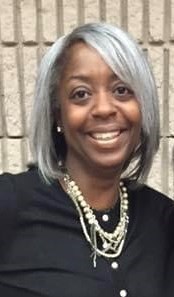 Lashawn Genell Barclift, affectionately known as "Shawn" by her parents Avriel George Tarrant and Clyde Tarrant, younger brother Bryce, family and friends, quietly departed this life on Thursday, September 15, 2022. She was 53. Lashawn was born in Pittsburgh, Pennsylvania on January 2, 1969, and nurtured through childhood in her beloved Brooklyn, New York. There she excelled in school, graduated from Canarsie High School and left a celebrated legacy through her academic achievements and leadership as Senior Class President; Student Government Vice President; Student Union Vice President; Honorary Co-Captain for the football and basketball teams; and Miss Canarsie. Other school activities included being a vocal member of the Afro-American Club, Young Adult Council, Performing Arts Club and Booster Squad. Her love for education led her to Norfolk State University where she received a Bachelor's Degree in Business Administration, served as a Student Ambassador and was active in several campus organizations. Also, during her college days, she captured the heart of Hassan Barclift. A few years after graduating Lashawn and Hassan were united in marriage, moved to Minneapolis and produced two wonderful sons, Nile and Khafre Barclift. Career opportunities in Human Resources at BB&T Bank led the adventurous young family to Silver Spring, Maryland. After several years there Shawn, looking for career advancement for herself and different schools for her sons, relocated to Stone Mountain, Georgia. She accepted an offer to join the Benefits Team at Emory Healthcare where for the last 15 years she applied her creative and organizational skills to help provide excellent service to her fellow employees. Everyone Shawn met was positively impacted by her loving, kind, compassionate, witty personality. She was a treasured family member and devoted friend. Always active in the community, she was adventurous, energized, effervescent and funny. Her infectious smile always lit up the room. In addition to creating memories with family and friends, she enjoyed playing competitive tennis and was elected Chairperson of Atlanta City Tennis. She really enjoyed sports and especially liked Kevin Durant of the Brooklyn Nets. She enjoyed all music but favored works by Prince, Beyoncé and Bobby Brown. Travel, dancing, exploring museums, theatre and shopping brought her unmeasured joy. Always fashion conscious, her Aunt Connie said Shawn was a “Diva” before it became a trend. She was an amazing, devoted mother raising her sons to be responsible, considerate young men. Always exposing her sons to culture and history. “Sha Roc” was a nickname Shawn used when sharing her rap songs with family. As the” team mom” she monitored the Shiloh High School Boys Basketball Team. Each game Nile and Khafre worried that her enthusiasm and sideline coaching would get them removed from the game. Shawn also enjoyed a great relationship with her much younger brother Bryce. She took her role as big sister seriously. Shawn’s protective, loving, spirit will be sorely missed. She is survived by sons Nile and Khafre Barclift; mother Avriel George Tarrant; father Clyde Tarrant; brother Bryce Tarrant; devoted aunts Connie Hawkins and Marsha DuPont; great Aunt Connie Kane; sisters-in law Anika Barclift and Songhai Barclift; Godson Shane Fearon; a tribe of cousins; former husband Hassan Barclift; special friend Samuel Norwood and a village of extended family and friends. A memorial service for Lashawn will be held Wednesday, September 21, 2022 at 11:00 AM at Eternal Hills Funeral Home and Cremation, 3594 Stone Mountain Highway, Snellville, GA 30039. Fond memories and expressions of sympathy may be shared at www.eternalhillsfuneralhome.com for the Barclift family.
See more See Less

In Memory Of Lashawn Genell Barclift