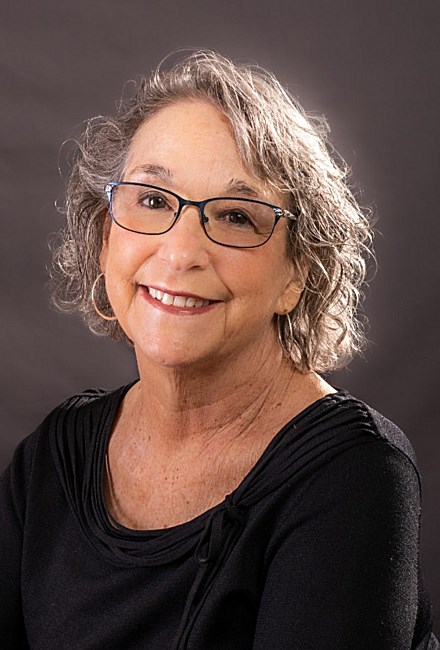 Mary DeCroce, 68, died peacefully in her home on Sept., 12, 2021, surrounded by her loved ones. After having been initially diagnosed in 1985, Mary courageously fought her battle with non-Hodgkin’s lymphoma six different times for more than three decades. In 2015 she underwent a stem cell transplant at Dana-Farber Cancer Institute in Boston and CAR T-cell therapy in 2019. Mary was born Sept. 10, 1953, to the late Robert and Trieste Roma (Gallo) Andrews of Westwood, Mass. She attended Art Institute of Boston and participated in many other art programs, workshops, and classes over the course of her career. In 1974, she met and married her life’s soulmate, David DeCroce. The couple celebrated their 47th anniversary on July 16 and share two children together: Nicolas and Ani. An accomplished artist, art teacher and art director, Mary first started sharing her passion for her craft in 1990 when she produced and sold her own line of hand painted children’s clothing. Her clothing business evolved into decorative painting inside of clients’ homes and businesses. She also went on to become an art teacher at the Southington-Cheshire YMCA and St. Dominic Elementary School. Mary began making her mark on the town of Southington and in other communities in 2008 through her 17 large-scale public mural displays. From 2007 through 2009, she co-chaired the American Cancer Society’s Relay for Life event and ultimately helped raise more than $1 million for the organization. Mary also created and coordinated the annual Harvest the Arts Festival at the Southington Apple Harvest Festival. In 2011, she began her quest to create a space for the arts in Southington, raising more than $1.2 million to renovate the historic Gura Building into a community arts center. Her dream became reality in 2016 when she officially opened the doors of Southington Community Cultural Arts, now known as SoCCA, becoming its inaugural executive director. The 10,000-square-foot facility was an immediate success, drawing visitors to the Southington community for various art and pottery classes, performances and exhibits, events, and even shopping at the center’s retail boutique. Perhaps most impactful was the All Access program that Mary launched at SoCCA. The multi-faceted arts program provides creative skills training to improve the quality of life for intellectually disabled adults. More than 50 participants currently take part in the program and sell their wares at SoCCA. Mary has received numerous awards and acknowledgements for her commitment to the arts and her leadership in the community including the Southington YMCA’s Unsung Hero Award, Main Street Community Foundation Leading Lady Award, and the Southington Chamber of Commerce Gail DePaolo Community Spirit Award. She was also selected as the Grand Marshal of Southington’s Apple Harvest Festival Parade in 2013. Other affiliations include her four-year term on the state’s Department of Economic Community Development Arts Council, a three-year term as a Hartford Art School board member, and service to Southington Arts and Crafts Association and the Southington Art Council. In addition to her husband and children, Mary leaves behind her siblings: Robert Andrews and twin Trieste Andrews (Roger Rau); her sisters-in-law Sandy Sibley, Susan Fritch, and Debbie Foley; and many nieces, nephews, cousins, and dear friends. She was predeceased by her brother, Fred Andrews. Calling hours will be at DellaVecchia Funeral Home, 211 N. Main St., Southington on Saturday, Sept. 18th, from 3 to 7 p.m. (masks will be required) A memorial service will be held at First Congregational Church, 37 Main St., Southington on Sunday, Sept. 19th, at 2 p.m. Immediately following, a Celebration of Life reception will take place at SoCCA. Attendees of both the church service and Celebration of Life reception are asked to dress in colorful attire, as was Mary’s desire. Masks will be required at all events. For online condolences and directions please visit, www.dellavecchiasouthington.com In lieu of flowers, please send donations to SoCCA at 93 Main Street, Southington, to ensure that Mary’s vision of creating an environment in which people of all ages and abilities may welcome the arts into their lives continues to thrive.
See more See Less

In Memory Of Mary DeCroce