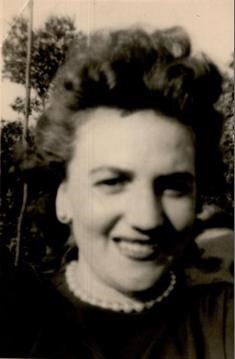 Melanie “Mickey” F. (Ogonowski) Borysewicz, 101, of Southington, widow of the late Stanley Borysewicz Sr., passed away peacefully on Tuesday, May 10, 2022 at the Summit of Plantsville. “Mickey” as she was affectionately known, was born on January 5, 1921 in New Britain and was the daughter of the late Stanley and Mary Ogonowski. Melanie’s work ethics started at a young age driving her father’s milk truck in New Britain and also delivering hay and corn. Working on the farm helped prepare her for the many interesting jobs she would do in her later years. Some of those jobs include delivering milk for her father, The Handy Store, Maple View Dairy, Landers, Fairy and Clark, Gelco Critican, Bristol Spring and Pratt & Whitney of Southington. “Mickey” was a true “Rosie the Riviter”. She was an extremely talented brazer and welder who helped keep our military planes in the air. She was also a Girl Scout Leader of Troop #150 where she mentored 16 girls that were in the sixth grade. In her spare time, she loved to cook and work in her garden. Melanie is survived by her son, Stanley Borysewicz Jr. and his wife Kellie of Southington, and by a daughter, Lorraine Seroczynski of Bristol. She is also survived by her grandchildren; Ziggy Seroczynski and his wife Chris of Burlington, John Seroczynski and his girlfriend Lisa of Bristol and Lisa Shaw and her husband Nick of Elbert, CO., Brandon Lee Shaffer of Massillon, OH and also by her two great grandchildren, Matthew and Allison Seroczynski of Bristol and by several nieces and nephews. Melanie was predeceased by her siblings Walter, Anthony and Arthur Ogonowski, Helen Sapko and Philomena Sepko. A Mass of Christian Burial for “Mickey” will be held on Monday, May 16, 2022 at 1:00 PM at St. Dominic’s Church, 1050 Flanders Rd. Southington, CT 06489. Burial will follow in St. Thomas Cemetery. Calling hours will be prior to the mass from 11:00 AM to 12:30 PM at the DellaVecchia Funeral Home, 211 N. Main St. Southington, CT 06489. To leave an online condolence or for directions, please visit www.dellavecchiasouthington.com.
See more See Less

In Memory Of Melanie F. Borysewicz