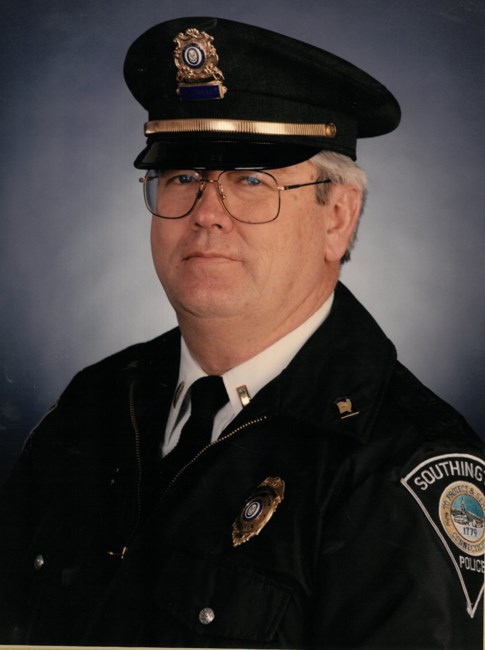 Merlon L. Monson, 79, beloved husband of Sheila (Green) Monson, of Southington, passed away on Wednesday, November 17, 2021 at his home surrounded by his loving family.

He was born in Maine to the late Kenneth and Irene (Thibodeau) Monson on September 3, 1942.

Merlon and Sheila enjoyed a happy 56 year marriage. Merlon was a Captain with the Southington Police Department, where he served for 28 years. Outside of work, he loved to travel with his family. He also enjoyed painting, and collecting coins and stamps.

In addition to his beloved wife, Sheila, he is survived by his children: Valerie Paradis and husband Michael of West Suffield, Kristin Altwies and husband Justin of Southington, Michael Monson and wife Kathy of FL and Kimberly Jones and husband Ken of Freemont, NH; Grandchildren: Shane, Michael, Madison, Jessica, Hallie and Jake; two step-brothers including Winn Tarbox and wife Shirley of Wolcott and one step-sister. He was predeceased by a grandson Taylor Altwies.

Funeral services and burial will be private. The DellaVecchia Funeral Home, 211 N. Main St., Southington has been entrusted with the arrangements. Memorial donations may be made to the Meriden Humane Society, 311 Murdock Ave, Meriden, CT 06450. For online condolences please visit www.DellaVecchiaSouthington.com.

In Memory Of Merlon Monson