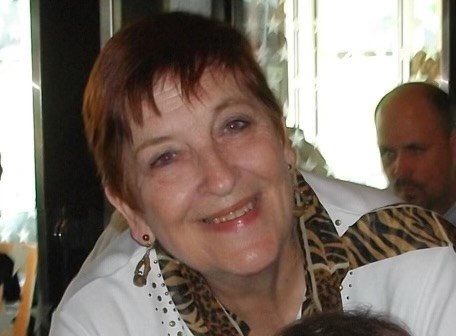 Mary Leanne Bailey (nee Roseman) fortified with the Sacraments of Holy Mother Church, passed away on Sunday, January 15, 2023 at the age of 85. Marilee was the beloved wife of the late Charles P. "Chuck" Bailey; loving mother of Steven Manson, Mark (Christine) Manson, Leslie Eaton, Shawn Bailey, Julie (Mark) Sutter, and the late Christy (the late Ron) Schoenberger; devoted grandmother of 12 and great-grandmother of 12; dear sister of Richard (Gloria) Roseman; dear aunt, great-aunt, cousin, and a friend to many in her lifetime. Marilee was born in Saint Louis Missouri on March 6, 1937 to Edward and Loretta (nee Ernst) Roseman. She attended Xavier High School and worked in retail at some of Saint Louis' favorite department stores, Famous-Barr and Stix, Baer, and Fuller. She was very active in choirs and choruses, including the Saint Louis chapters of the Sweet Adelines. She traveled internationally with the group and won many competitions. She enjoyed her cats very much, and considered them family. Marilee was an avid reader. She always had a book in her hand. Marilee had a great sense of humor, a wonderful smile and laugh and a twinkle in her eye. She was affectionate, generous, and will be dearly missed by all who knew and loved her. A Memorial Visitation will be held Sunday, February 5 from 4-8pm at Hoffmeister Colonial Mortuary, 6464 Chippewa Street 63109. A Memorial Service will take place Monday, February 6 at 9:30am in the funeral home chapel. Interment to follow at Jefferson Barracks National Cemetery. Please leave a favorite memory of Marilee for her family to cherish at the "Add a Memory" link below.
See more See Less

In Memory Of Marilee Bailey