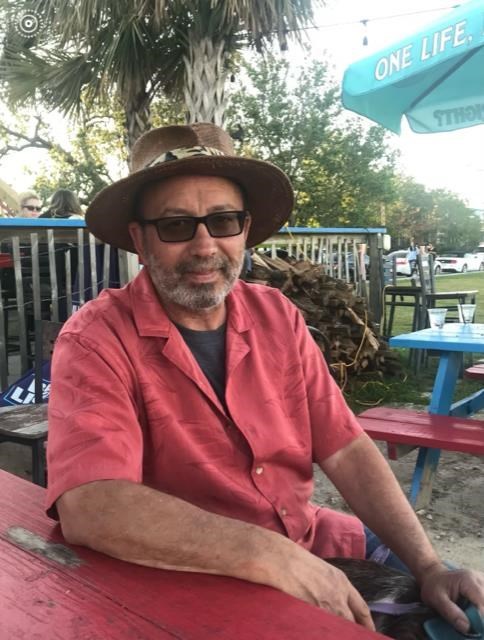 Frederick A. "Rick" Bonasch fortified with the Sacraments of Holy Mother Church, passed away peacefully on Wednesday, October 19, 2022 at the age of 63. Rick was the loving husband of Kerri (nee Ives) Bonasch; caring father of Matthew (Kendall) Bonasch; proud grandfather of August "Gus" Bonasch; dear step-son of Marcia Bonasch; dear brother of Elizabeth Bonasch and step-brother of Michael (Mary) Vigil; dear brother-in-law of Laurie Leeper; dear uncle, and a friend to many in his lifetime. Rick was preceded in death by his parents, Hermann Bonasch and Ann Bonasch. Rick was many things to many people. He was a loving husband, caring father and grandfather, and dear brother to family. He was a leader, advocate, and problem-solver to colleagues and friends. He was a foot stomping, groove-loving, pentatonic ripper to bandmates. In each of these areas, he was passionate about something that tied them all together - community. Rick spent his life attempting to build community, whether through his work, through his family, or through his hobbies. He cared about each of these things passionately, but cared about where they happened even more so. Rick’s love for the city of St. Louis was cultivated over 35 years of public service, urban exploration, and culinary curiosity. If you dared to mention something negative about the city around him, he immediately fired back with a dozen different positives. And, usually, he was right. Rick cared about the city itself, but he knew that the people make the city. When describing St. Louis to people from out of town, he always lit up with stories of neighborly acts of kindness, community acts of solidarity, and “underdog” scenarios of people from the biggest small town in the world coming together to form parts of a bigger whole. If you were even a small part of one of Rick’s many communities, the Bonasch family would like to thank you for being a part of something Rick loved truly, deeply, and completely. A Memorial Visitation will be Saturday, October 29 from 9-10am at Saint Gabriel the Archangel Catholic Church, 6303 Nottingham Avenue 63109, with a Memorial Mass celebrated at 10am. Interment immediately following at Resurrection Cemetery. In lieu of flowers, contributions in Rick's memory to RISE Community Development or St. Gabriel the Archangel Music Program would be greatly appreciated by his family. Please leave a favorite memory of him at the "Add a Memory" link below.
See more See Less

In Memory Of Rick Bonasch