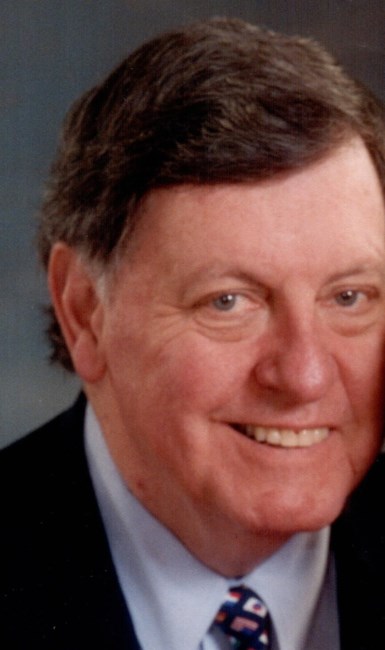 Arthur Stewart Tribbie, Jr. CDR (Ret.). passed away Saturday, August 20, 2022 in Tampa, Florida surrounded by his family and friends. He was born in Steubenville, Ohio on April 17, 1937 to Marion Hunter and Arthur Stewart Tribbie, Sr. Art graduated from Weir High School in Weirton, WV, and West Virginia University. He was inducted into the WVU Emeritus Society in 2009. While in high school he played drums in the school band and was inducted into the National Honor Society. At WVU he was active in Sigma Nu Fraternity and graduated with a BS in Business Administration, and MS from George Washington University in 1967. Immediately after graduating in 1959 he enlisted in the navy and was sent to the Navy Officer Candidate School in Newport, Rhode Island. While serving the navy in the Supply Corps for twenty years. He had the opportunity to travel to many places from the Persian Gulf, to Philadelphia, PA, Athens, GA, the Philippines, Argentia, Newfoundland and Virginia Beach where he retired, his young family was able to do many of these tours with him. He was proud to say he had been in 51 countries and all 50 states He worked for Jonathan Corporation in Norfolk, Va. after his retirement. He then was able to reconnect with to WVU sports and visited Morgantown from time to time. He moved back to Morgantown where he became active as a mentor to his beloved Sigma Nu Fraternity. Friends took him in to the Cheat Lake Rotary Club where he served as club president and later was chosen to be Rotary District Governor of 7530 in West Virginia from 2001-2002. He was a member of Suncrest United Methodist and Grace United Methodist in Cape Coral, Fl. As Rotary Governor Art was instrumental in raising fund to built the Miracle Baseball Field at Mylan Park. He became a business partner of Pleasant Day Schools 1991. He served on the Chamber of Commerce Special Projects Board and County Commissioner Property Revue committee. Art and his wife, Shirley were charter members of the Mountaineer Boys and Girls Club. Moving to Florida in 2002 he was active with the Rotary Club of Cape Coral and actively participated as a member of the Military Officer Association of American. He is survived by his wife Shirley B. Ely Tribbie and his children, Arthur Scott Tribbie and wife Kathryn of Centreville, VA, Allison Sue Johnson and her husband, Daniel Johnson of Williamsburg, VA, first wife, Laura Ellen Tribbie and his sister, Rebecca Ann Rayboun. His step sons, Charles G. Ely and wife Sharon of Houston, Texas, J. Patrick Ely and wife Shawni of Tampa FL, and Britton B. Ely and his wife Jana of Colorado Springs. Co. Grandchildren Philip Tribbie, Kara Tribbie Centreville. VA, Taryn S. Clark and husband Michael Clark of Charlotteville, VA, Dr. Chase Johnson of Portland, OR. Nicholis Ely, Charlotte, VA. Brandon Ely currently serving in the Navy in San Diego, CA. Jesse Ely, Samantha Ely and Shane Ely, of Tampa, FL, Chad Ely his wife Shelby, Philip Ely, Julianne Ely of Houston, Texas and Gabriel Ely of Colorado. He has four great grandsons and one great granddaughter, several nieces and nephews. Preceded in death besides his parents is brother-in-law Joseph Rayboun. Cremains will be interned at Arlington National Cemetery in Arlington, Virginia. In lieu of flowers contribution should be made to Stepping Stones in support of the Miracle Field. 400 Mylan Park Lane Morgantown, WV 26501.
See more See Less

In Memory Of Arthur Stewart Tribbie