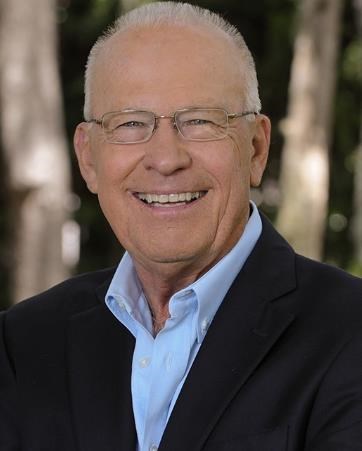 David A. Straz, Jr., prominent Florida banker and philanthropist, died Monday, November, 18, 2019. He was Ambassador at Large and Honorary Consul General of the Republic of Liberia. The son of the late David A. and Lila (Gesch) Straz, he was born October 10, 1942, in Milwaukee, Wisconsin. In June, 1965, he graduated from Marquette University with a Bachelor of Science degree in Business Administration, where he then attended law school until he purchased his first bank in 1967, at the age of 26. He was a member of Beta Gamma Sigma, National Business Scholastic Honor Society, Sigma Beta Delta, and Delta Sigma Pi. He built banking organizations in Wisconsin and Florida, which he sold to U.S. Bank, Bank of America, and Fifth Third Bank. On January 18, 1986, he married Catherine Louisa Lowry in Tampa, Florida. In 1995, they welcomed their precious daughter, Keebler into the world. Active in community and business affairs, he received Honorary Doctorates from Carthage College, Catholic University of Honduras, Marquette University, Politechnic University of Honduras, and University of Liberia. He was a past chairman of the Board of Marquette University, Milwaukee, the University of Tampa, Carthage College, and Tampa General Hospital. He was a trustee/director of the Metropolitan Opera, Lowry Park Zoo Foundation, the Tampa Yacht & Country Club, the David A. Straz, Jr. Center for the Performing Arts, and the Alliance for Responsible Cuba Policy in Washington, D.C. The University of Tampa dedicated its largest residence hall the “David A. Straz, Jr. Hall.” Carthage College located in Kenosha, WI, named its science center the “David A. Straz, Jr. Center for Natural and Social Sciences” ; Marquette University named its College of Business Administration building the “David A. Straz, Jr. Hall,” and named its 14-story residence hall the “David A. Straz, Jr. Tower” ; the Lowry Park Zoo named its Manatee Hospital the “David A. Straz, Jr. Manatee Hospital” ; Berkeley Preparatory School dedicated the “Straz Family Field House”; and the University of Liberia dedicated the “David A. Straz, Jr. Sinje Campus.” Most recently, he joined the Wake Forest University Law Board of Visitors. Listed in Who’s Who in the South and Southwest, he was honored as “Alumnus of the Year” by Marquette University and was recognized for “Outstanding Business Leadership” by the American Association of Jesuit Colleges and Universities. He was knighted into the Humane Order of African Redemption. He was King XCIX of Ye Mystic Krewe of Gasparilla and a member of the Merrymakers Club, Old Memorial Golf Club, Palma Ceia Golf & Country Club, University Club, and Tampa Yacht & Country Club, all of Tampa. He also was a member of University Club of New York, Milwaukee Country Club, Blue Mound Golf & Country Club, Milwaukee, The Town Club, Milwaukee, The Milwaukee Club, Old Edwards Club, and Wade Hampton Golf Club, both of Cashiers, NC. In 2011, the City of Tampa and Hillsborough County, Florida presented him with commendations and Keys to the City and County. The Keys to the City of Monrovia, Liberia and Comayagua, Honduras, were also presented to him. Surviving are his devoted wife of 33 years; cherished daughter, Keebler Jerome; and his brother, Christopher M. (Janis) of Mequon, Wisconsin. Also surviving are four nieces, nine nephews, and many friends who will miss him greatly. If you would like to remember David with a donation, he requested memorials to David A. Straz, Jr. Center for the Performing Arts in lieu of flowers. Active and honorary pallbearers: Chris Straz, Bill Ruetz, Stan Harrell, Jimmy Warren, Henry Ennis, George Gramling, John Mills, Charlie Yent, Tim Haggerty, Johnny Vassallo, Jim Kennedy, Phil Godin, Jim Friedman, Roger Overby, Daniel Solow, Jack Barrett, and the Homosassa-Athabasca Fishing Club. Visitation for all who wish to celebrate him will be from 11am to 1pm on Saturday, November 23rd at the Riverwalk Tent of David A. Straz, Jr. Center for the Performing Arts. A funeral service for family and dear friends will take place 2pm, Sunday, December 1, at The First Presbyterian Church of Tampa. Entombment at the Straz Family Mausoleum in Myrtle Hill Memorial Park, Tampa, Florida. Arrangements by Blount & Curry MacDill Funeral Home, 813-876-2421.
See more See Less