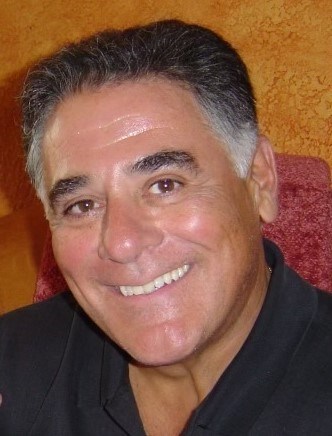 Nicholas “Nick” Matthew Matassini, 72, of Tampa, passed away July 9, 2022, at his home in South Tampa with family at his side. Nick, born November 16, 1949, was the eldest of his siblings and a father figure to them. He was a true Tampa native raised on the mean streets of Ybor City and one of the last men from a unique generation that bridged the gap between immigrants seeking their destiny and their first-generation children fulfilling their dreams. He lived his whole life in our famed city, except for his service to our country in the United States Marine Corps and his time in law school at South Texas College of Law, which was prompted by the urging of Tampa icon The Honorable E.J. Salcines after Nick lost a razor thin election for County Commissioner at the young age of 23. Nick is survived by his beloved and devoted wife of 50 years Norma; his daughter Nicole Mintz (his “best girl”) and her husband Eric, and his son Nick Jr. and his wife Christina, as well as sisters Patricia and Teresa, and his mother Eileen Castleberry. Nick could not have been prouder to be blessed with five grandchildren who survive him: Chloe and Zach Mintz, and Gianni, Ilianna, and Constantinos Matassini; and numerous cousins, nephews, and nieces. Nick was preceded in death by his younger brother Leo and his father Pasquale. Nick was a member of the Florida Bar since 1976 and practiced law for over 45 years. A zealous advocate in the courtroom for decades, Nick was a seasoned trial lawyer and handled many high-profile and controversial cases that were covered extensively in the national and local news. A veteran of highly contested battles fighting for the underdog, it is now widely rumored that Nick, although safely inside the pearly gates himself, has taken up representation of a few family members who must still argue their case for eternal salvation before St. Peter. His passion for justice and helping others extended to the Tampa Bay community at large where he was a proud annual contributor to many local charities and youth sports organizations. His philanthropy extended to anyone who needed help and he was truly a father figure to all. When not in the courtroom or at the office of his Tampa law firm, which he founded over 45 years ago by hanging his own shingle, Nick could be found cooking classic Italian dishes for his family, teaching them how to make his famed sugo, and playing with his grandchildren. Nick was a proud Marine and a lifelong member of the Italian Club of Tampa, L’Unione Italiana. Friends and family are invited to attend a time of visitation on Thursday July 14th, 2022 from 4:00PM to 7:00PM at Blount and Curry Funeral Home 605 S. MacDill Ave. Tampa, Florida. A Mass of Christian Burial will be celebrated on Friday, July 15, 2022 at 10:00AM in the Christ the King Catholic Church 821 S. Mabry Highway Tampa, Florida. Internment will follow at the L’ Unione Italiana Cemetery 2520 E. 24th Avenue in Tampa. The family is honored to announce pallbearers: Nick Matassini Jr., Eric Mintz, Zach Mintz, Bryan Benson, Pat Matassini, and Danny Perez; and honorary pallbearers: Jack Benson, Louis Nunez, David Pernas, and David Fernandez. In lieu of flowers the family would ask that any donations be made to the CailinStrongFoundation.com which helps fund research for pediatric osteosarcoma patients.
See more See Less

In Memory Of Nicholas Matthew MATASSINI