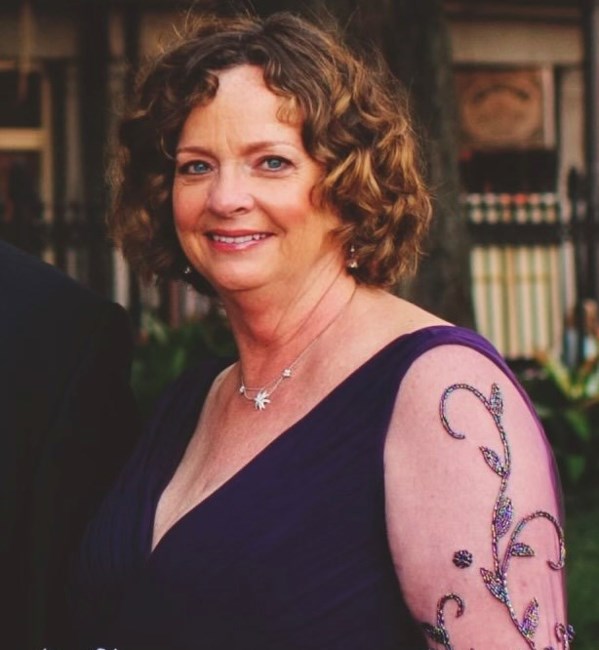 The world dimmed a bit on Sunday, September 18th, as Terri Ellison peacefully left us. She went quietly, surprising everyone who knew her because she always had something to say. Terri was a proud Georgia gal, making her entrance into the world on December 2nd in a year that's really none of your business. Her parents, EJ and Marilyn Wells, raised an inimitable woman who moved mountains for the people she loved. It's rumored that the walls of Tucker Highschool still whisper about her epic drill team performances. While attending West Georgia College, Terri got set up on a blind date with "man about town" Sam Ellison. And after sampling her food through a straw, Sam knew he had met his wife. Their short, 6-month courtship led to a long and happy marriage. After the too-soon passing of her parents, Terri and Sam stepped up for her brother, John. John still had some growing up to do, so luckily for their future children, Sam and Terri got to a crash course in parenting before having kids of their own. Her children, Casey and Cory, two boys, both over 6 feet tall, and Cari, an above average daughter, were Terri's greatest joy and proudest accomplishment. Well, they were her greatest joy and proudest accomplishment until they started having kids, and then they were a close second. Terri's grandchildren, Andry, Charlie, and Callan, were thoroughly and completely spoiled. From unconditional love, world-class snuggles, endless cheers, trunk snacks, and McDonald's happy meals, GG was happiest when she was with her grandbabies. Of everything she'll miss - her family suspects she'll miss her time with them the most. The family believes there has never been and nor will there ever be a better wife, mother, or GG than Terri. However, the family has confirmed there has never been or nor there ever been a more accomplished mashed potato connoisseur. Terri was a passionate person. She loved a big, bold cabernet and lobster (Don't tell her white wine pairs better with seafood). Reese's Peanut Butter Cups were never safely left unattended. She despised early mornings but loved a good cup of coffee. A fiercely loyal friend, she was the first call for many in their times of need. Terri was a strong tide that lifted up everyone in her life. Her hugs could cure almost any ailment. She was well-traveled. From living abroad in Cabo San Lucas to the streets of Rome to an unfortunate encounter with a pig in the Bahamas, she believed you should travel well and often. Terri was larger than life. To have known and been loved by her was a true honor and a precious gift. While she will leave a void in the lives of those that loved her, she will be carried on in our hearts with every big hug, good glass of wine, or Taylor Swift dance party. Left to carry on Terri's considerable legacy are her loving husband, Sam Ellison, and her three children, Casey and his wife Alissa Ellison, Cory and his wife Susie Ellison, and Cari Ellison, as well as her beloved grandchildren Andry, Charlie, and Callan. In addition, her Georgia roots will continue to grow with her brothers, Jay and John Wells, and her nephews and nieces, Jordan, Bree, Justin, Evan and Kaylin. Finally, Terri will undoubtedly live on in the countless friends she considered family, of which there are too many names to list. In place of flowers, the family recommends donations made in her name to Junior Achievement of Tampa or Frameworks of Tampa. A celebration of life will take place on October 29th, complete with a fireworks display in Terri's honor.
See more See Less

In Memory Of Terri W Ellison