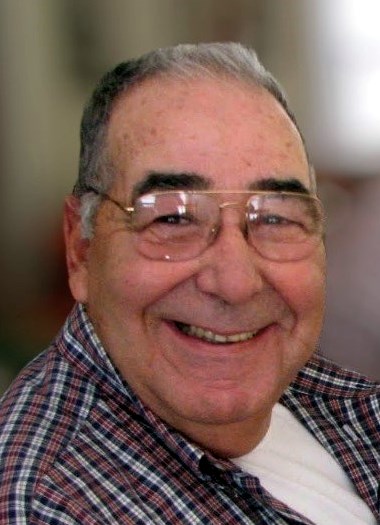 Billy Alfred Bolin was born March 5, 1933 in Temple, Texas to Robert Ira and Lillian Marie Bolin. Temple was home for his entire life, passing on to the next phase on January 21, 2023 at 89 years old. Bill made a career in the lumber business, most of which was for Lengefeld Lumber Company, retiring in 2000. Many knew him as the yard foreman, sporting his trademark cigar. Rarely was he found without a Travis Club Senator in his mouth, garnering the nickname “Cigar Bill”. Bill married Betty on July 21, 1978. He is preceded in death by both parents, his wife Betty, sister Grace Stephens, brother Robert Bolin and grandson Tyler Armbruster. He is survived by children Billy Bolin, John Bolin, Janet Armbruster, Carol Verbeke and Scott Brown. He is also survived by sisters Mary Fuoco, Edith Reynolds, Ruthie Bolin and brothers John Bolin and James Bolin, six grandchildren and ten great grandchildren. Bill never went anywhere that he was not known by someone. He was a great man that was cared for by many. He loved big and was always willing to lend a hand to friends. In lieu of flowers, please plant trees in the Chippewa National Forest through The Arbor Day Foundation @ ArborDay.org, or at a botanical center of your choice. He would most like for all to be kind to others, as he was, and remember him fondly. Bill will be missed by many and leaves a huge void to be filled. Visitation will be 6:00 PM–8:00 PM, Thursday, January 26, 2023 at Scanio-Harper Funeral Home. Graveside service will be 3:00PM, Friday, January 27, 2023 at Hillcrest Cemetery.
See more See Less

In Memory Of Billy Alfred Bolin