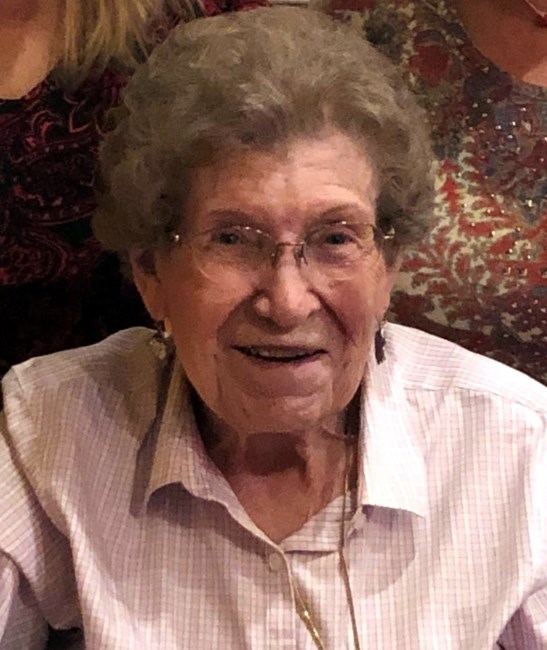 Edna M. Richter Hurta, age 95, went to live with her heavenly Father on September 18, 2022 in Temple, Texas. She was born on July 20, 1927 in Taylor, Texas to Fritz and Amy Bunge Richter. She attended a country school in Waterloo and graduated from Taylor High School in 1945. Shortly after that, she met her first love, Edward Hurta, in Taylor. They were married on March 31, 1946. A few months later they moved to Temple where Edward’s work took them. They lived in Temple until their deaths. Two children were born to them; Geraldine Faye (Jerry) and Dwaine Scott. Jerry was born with a physical disability and they took care of her all her life. Edward and Edna were with Jerry during her many surgeries and Edna took her to school all her years until she graduated. Edna was a member of First Lutheran Church of Temple for more than 75 years where she taught Sunday school for many years. Edward, Edna and Jerry sang in the choir for about 25 years. Edna was active in the Knit and Crochet group and made many lap robes for shut-ins and other things she loved to crochet and give away which gave her much joy and pleasure. Edna was also a member of Herman Sons Life for more than 75 years and SPJST Lodge 87 for more than 50 years. Edna was preceded in death by Jerry in 2011 and Edward in 2012. Her parents, sister and 2 brothers also predeceased her. She is survived by her son, Dwaine, and her loving daughter-in-law, Karen, of Plano; dear and special friend Frances Zuehlke of Moody; grand-niece Sharon Keeland who she considered a granddaughter and family of Lorena; nieces, nephews and many friends. Visitation will be held on Sunday 9/25/22 from 5-7 PM at Scanio-Harper Funeral Home. Services will be held at First Lutheran Church of Temple on Monday, September 26,2022 at 11 AM with Pastor Rusty Campbell officiating. Burial will be in Taylor City Cemetery on September 26,2022 at 2 PM beside her husband and daughter. In lieu of flowers, memorials may be made to First Lutheran Church.
See more See Less

In Memory Of Edna Mildred Hurta