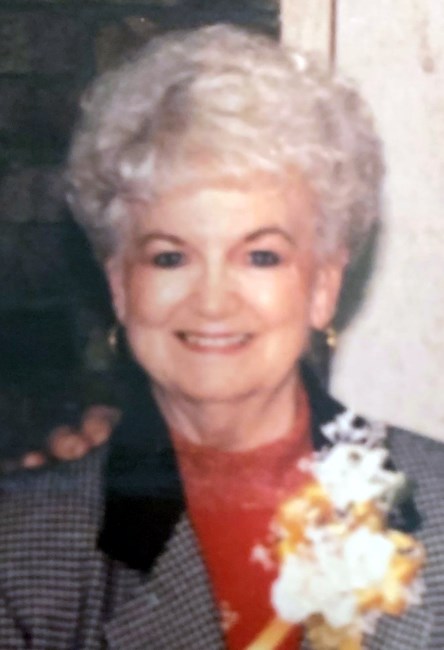 Eleanor M. Cox Hess entered into the arms of her savior, Jesus Christ, on January 15, 2022. We have been so blessed to have such a loving mother and Mema for many years. She was born on January 29, 1929 in Pendleton, Texas to Aaron Erskine Cox and Winnie J. Honeycutt Cox. They moved to Temple when she was a little girl. She attended Temple schools and was a 1946 Temple High School graduate. She met the love of her life, Robert Hess and they married March 19, 1947. They traveled all the lower 48 states, Alaska, Canada and Mexico. They enjoyed fishing and cooking together, especially the holiday meals. They also enjoyed spending lots of weekends with family at the family ranch, HWH Ranch. Mrs. Hess was a homemaker and stay at home mom until their children were in their teens. She worked for Dr. Thomas Rowan as office manager and retired after 25 years. She was an active member of Faith Temple Lighthouse and the church secretary for many years. Mrs. Hess was preceded in death by her husband of 66 years; her parents; two sisters, Juanita Brinzo and Kay Harrington; a brother, Jack Cox; and a grandson Jeremy Austin Hess. Eleanor is survived by her sister, Brooksie Sheppard of Temple; her daughter, Carolyn Winnett and husband Starky of Temple; her son, Larry Hess and wife LuAnn of Temple; seven grandchildren, Hollie Winnett Brewer and husband David of Roanoke, Texas, Heath Winnett and wife Cody of Lake Dallas, Michael Ray and wife Becca of Belton, Allison Hess Southerland and husband Gregg of Temple, Catherine Ray of Austin, Courtney Ray Torrez and husband Josh of Ovalo, Texas and Aaron Hess of Temple; twelve great grandchildren, Coley Austin Stephens, Emmalee Stephens, Jeremy Witcher, Zachary Austin Southerland, Grace Torrez, Jasmine Abney, Bryan Ray, Greggory Abney Jr., Anthony Abney, Landon Brewer, Ryker Heath Winnett, Isabella Abney and one great-great grandson, Elijah Scott Cook. In lieu of flowers, the family requests memorials may be made to Amedisys Hospice, Faith Temple Lighthouse Building Fund or to a charity of your choice. Visitation will be held from 6:00 to 8:00pm on Friday, January 21st at Scanio-Harper Funeral Home and funeral service will be at 2:00pm Saturday, January 22nd at Scanio-Harper Funeral Home with Rev. Jackie Cox and Brother Billy Koinm officiating. Pallbearers will be Heath Winnett, Coley Stephens, David Brewer, Michael Ray, Gregg Abney and Gary Faucet. Honorary pallbearers will be Jeremy Austin Hess, Aaron Hess, Zachary Southerland, Ryker Heath Winnett, Josh Torrez, Mike Stephens, Eli Cook.
See more See Less

In Memory Of Eleanor M. Hess