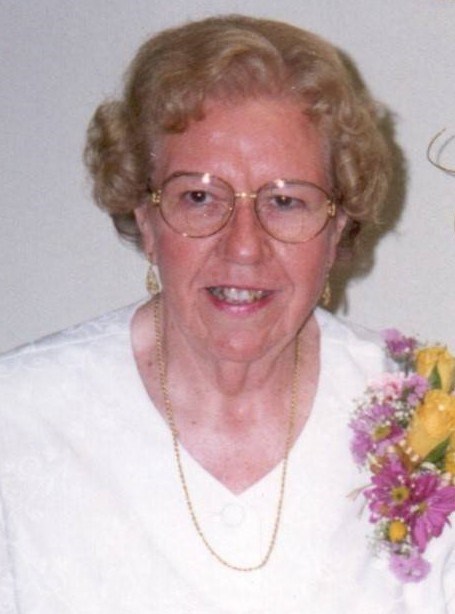 Services for Elizabeth Jane Lawhon Barfield, 92, of Rogers, TX will be at 10:00am Thursday February 2nd at Scanio-Harper Funeral Home in Temple, with minister Terry Hightower officiating, and Tom Robbins leading congregational singing. Following services there will be a private family burial at Bellwood Memorial Park in Temple, TX. Elizabeth passed away on Monday January 23rd , 2023 at Will-O-Bell Nursing Home in Bartlett, TX. Elizabeth was born on October 23rd,1930, in Temple to the late Sam D. and Cora Weathersbee Lawhon. On June 24,1950 she married the love of her life Roy E. Barfield, and they lived in Temple most of their married life until retirement; then they built a home on their farm near Rogers and moved to the country. She often stated that beautiful view from her recliner, of fields and pastures at different seasons of the year, the cattle and the many birds and her roses and irises made her very conscious of God and His creations and made her feel at peace. Elizabeth loved her cats and found pleasure in having them. She always especially loved black cats all of her life. She found great pleasure in reading the Bible, religious journals, political material, and novels. She was always into politics and watched as much news as she could. She always said she wanted to know what was going on in the world. Elizabeth attended schools in Ad Hall and Sharp in Milam County, and graduated from Temple High School in 1946, at the age of 15. She received a Bachelor of Science Degree in Home Economics and Elementary Education from Southwest Texas University, in 1949, at the age of 18. She taught Home Economics for six years in three High Schools- Mullin, in Mills County; Sharp, in Milam County; and Academy, in Bell County. She then taught in the elementary and middle school for 24 years at Holland ISD, before retirement in 1991. During her tenure at Holland she worked nights and summers to earn her Master’s Degree in Education with a certification in reading, in 1977, from Baylor University. While teaching, she was a member of the Texas State Teachers’ Association. Elizabeth was a member of the Heidenheimer Church of Christ since 1996. Elizabeth is preceded in death by her husband of 56 years, her youngest son Sam Douglas Barfield and wife Sandra Barfield, her parents Sam D. and Cora Weathersbee Lawhon, and a baby brother. Elizabeth is survived by her son Judge David Roy Barfield and wife Sharon of Rogers, TX; her grandchildren John David Barfield of Rogers, TX; Scott Douglas Barfield and wife Charlsie of Little River Academy, TX; Laura Kay Barfield of Rogers, TX; Two great granddaughters Emily Layne Barfield and Peyton Ann Barfield. She always commented that if she could have chosen her two daughters-in-laws herself, she couldn’t have done better! They were like daughters she never had. Many times, she said that she had a wonderful family, career, a precious church family, friends that go back many years, a lovely retirement period and most of all a great faith in God, with a belief in life after death. Elizabeth also was often heard to say that she would like a short, upbeat funeral with lots of beautiful congregational singing. “He will wipe every tear from their eyes. There will be no more death or mourning or crying or pain, for the old order of things has passed away.” Revelations 21:4 Memorials in her honor may be made to the Heidenheimer Church of Christ building improvement/benevolence fund at P.O. Box 177, Heidenheimer, TX 76533
See more See Less

In Memory Of Elizabeth Jane Barfield