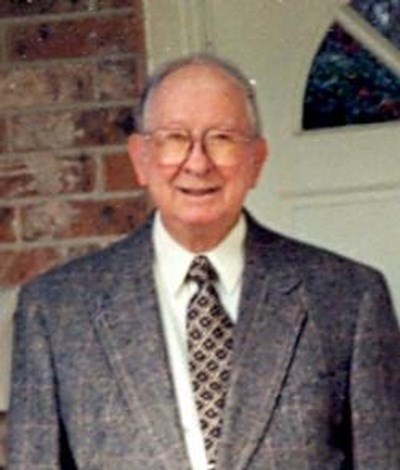 Hiram Childress, age 94, of Temple died Thursday, February 10, 2011 in a local hospital. Services will be held at 2:00 PM Tuesday, February 15 at Scanio-Harper Funeral Home with minister Rodney Tedford officiating. Burial with military honors will follow at Bellwood Memorial Park. Visitation will be 6:00 - 7:30 PM Monday at the funeral home. Mr. Childress was born on September 10, 1916 in Sweetwater, the middle of three sons, to Dan and Eula Mae Childress. He graduated from Eastland High School and received a bachelor of law degree from Southern Methodist University in 1940. He was a member of the State Bar of Texas for 71 years. He joined the Army in 1942 and was a Captain in the Army Air Corps. He served as an Intelligence and Operations Officer in Britain during WWII planning bombing missions on Germany. He was honorably discharged as a Major from the U. S. Air Force Reserve in 1957. After the war, he opened a law office in Sweetwater and was elected to the Texas Legislature and served two terms from 1949 to 1953. He then moved to Temple and opened a law office. He moved to Washington, D.C. for a 25 year career with the Department of Agriculture. He married Juanita Bush on January 10, 1965. They retired that same year and moved back to Temple where he reopened his law office. He attended Avenue T Church of Christ and was a Master Mason and a Shriner. He also belonged to the Elks Lodge in Sweetwater and Temple. He was preceded in death by his parents and his older brother, Dan Childress. Survivors include his wife, Juanita Childress of Temple, one brother, Robert Childress and wife, Mary of Abilene, three nephews and a niece.
See more See Less

In Memory Of Hiram Childress