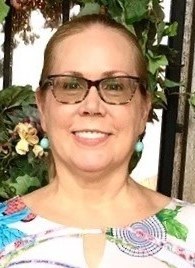 Dr. Janet Elizabeth Jones Pliego passed away on January 19, 2022 at the age of 68 in Round Rock, Texas, in the company of her family. A celebration of her life will be held at the Scanio-Harper Funeral Home in Temple, Texas on February 12, 2022 at 2:00 p.m. For those unable to attend in-person, the funeral home will stream the services via Facebook Live. Janet was born on July 25, 1953 in Dallas, Texas to parents Grant and Anne Jones. Janet was raised in Abilene, TX, where she graduated from Cooper High School. She completed her undergraduate study at Southern Methodist University, where she was an active member of the Kappa Kappa Gamma sorority. After graduation, she embarked upon a world tour before pursuing her doctorate at the University of Texas Medical Branch in Galveston, TX, where she met her husband of 27 years, Dr. José Pliego. Janet and José moved to Temple, Texas to begin medical careers at Scott & White Hospital and to start their family. They had two sons, Jonathan and Morgan. Janet had so much love to share that she sought opportunities to improve her community by providing healthcare services to vulnerable populations, reading books to illiterate people, holding leadership positions in Parent-Teacher Organizations, and making the arts available to all through her involvement with the Contemporaries of the Cultural Activity Center in Temple. Although Janet and José eventually divorced, they maintained a close friendship for the rest of Janet’s life. Janet later moved to Round Rock, Texas to pursue her joint interests in dermatology and entrepreneurism by forming Fusion Med Spa, for which she coined the phrase, “Our science. Your beauty.” In life, Janet leaves behind a legacy of promoting science and helping others to see beauty in many different forms. Janet is survived by her sons, Jonathan and Morgan, and their father, José Pliego. Also surviving are her brother, Morgan Andrew Jones, and her niece, Melia Caitlyn Jones. In lieu of flowers, the family would like memorials in Janet's honor go to Meals on Wheels of Central Texas, https://www.mealsonwheelscentraltexas.org You may leave memories and tributes for the family at www.scanioharper.com Arrangements are under the direction of Scanio – Harper Funeral Home, 3110 Airport Rd., Temple, Texas. 76504
See more See Less

In Memory Of Janet Elizabeth Pliego