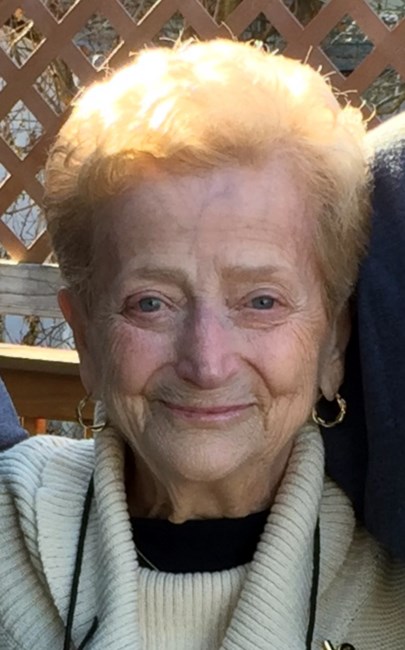 Angela Cronin, 92, Toms River, NJ passed away peacefully Saturday, January 14, 2023. Born in Manhattan, Angela grew up in the Bronx before moving to Brooklyn in 1952 when she married Peter Castro (deceased 1972) with whom she had four children. In 1982, she married John Cronin (deceased 2017) and enjoyed 35 years of dancing and traveling with Jack. Angela worked as a bookkeeper for the New York Times Credit Union before retiring in 1997. After retirement, she moved to Toms River where she lived until her passing. Angela loved nothing more than cooking for her family, dancing and traveling. She always had a smile on her face, warmth in her heart and welcomed everyone into her home as if they were family. Angela is survived by her children, Geri Ann Ferguson (Bonnie), Carol Castro, Peter Castro (Jeanie) and Mary Castro (Anthony), her grandchildren Stephen Ferguson (Danielle), Kristie Ferguson (Diana), Peter Matthew Castro (Katherine), Stephanie Craddock (Christopher), Michael Baratta (Kristina) and Angela Baratta, her great-grandchildren, Lucille, Jake Thomas, Addison Rae and Claire. Visiting hours will be held on Friday January 20, 2023 from 2-4 and 6-8 pm at Quinn-Hopping Funeral Home 26 Mule Road Toms River, NJ 08755. A Mass of Christian Burial will be celebrated on Saturday January 21, 2023 at 10:00 am at St. Maximilian Kolbe RC Church 130 St. Maximilian Lane Toms River, NJ 08757. Burial will follow at St. Joseph Cemetery 56 Cedar Grove Rd. Toms River, NJ 08753. Condolences and memories may be shared with the family by visiting www.quinn-hoppingfh.com.
See more See Less

In Memory Of Angela Cronin