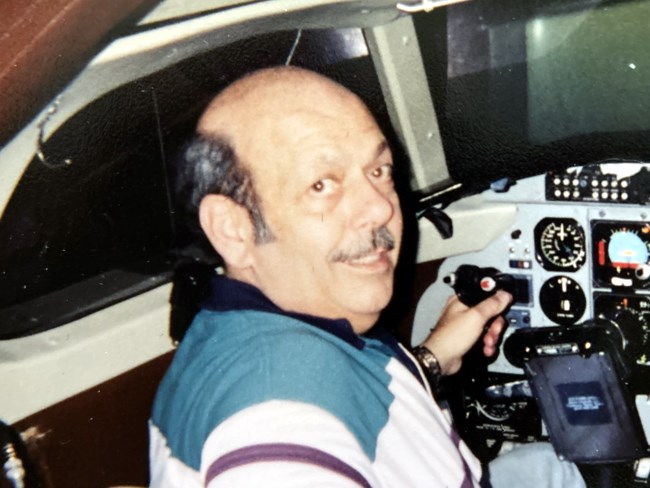 It is with great sadness that we announce the passing of Joseph Genna. Joe was born in Elizabeth, NJ to John Genna, Sr. and Angelina Fioretti. He worked with his father in the family business, Opal Cleaners. It was in Elizabeth that he met and married the love of his life, Patricia Zilinski. Together they raised their family in Elizabeth and Rahway before moving to Toms River. After graduating from Thomas Jefferson High School, Joe enlisted in the U.S. Army, assigned to the 4th Missile Battalion (Nike-Hercules) 71st Air Defense Artillery. Following his military service, Joe worked as a warehouseman at Food Fair in Linden for many years. To pursue his dream of flying, Joe took flying lessons in his spare time at Linden Airport. He earned all of his pilot ratings and became the Chief Flight Instructor for Linden Flight Service, rising to the position of Director of Operations of Linden Airport Flight School and Charter Service. Joe was also a designated pilot examiner for the Teterboro area. He went on to become a corporate pilot for PRC Management Company until his retirement. Joe was friendly and outgoing. He loved to entertain his family and friends with his humor, magic and music. He was a member of the International Brotherhood of Magicians. After Joe and Pat moved to Toms River, Joe learned to play the organ at the Organ Club of America, earning the Song of the Month Award, and later honed his musical skills with his many friends at Royal Music. Joe was predeceased by his parents and his wonderful brother John “Buster” Genna, Jr. Joe was a devoted husband of 62 years to his wife Pat, a caring Dad to his two sons, Joey and his wife Nancy, Tony and his wife Dawn, and an adoring Pop Pop to his grandchildren, Josh and Dezirae. Joe dearly loved his sister Jeanette Fedeli and her husband Tony, sister-in-law Roberta Genna, brother-in-law Tom Zilinski and his wife Pat, and he cherished his many nieces and nephews and their children. He will be fondly remembered by his family and friends. We invite you to celebrate Joe’s life on Saturday, January 28, 2023 from 2-5 pm at Quinn-Hopping Funeral Home, 26 Mule Road, Toms River, NJ 08755. A Funeral Service with Military Honors will begin at 4:30 PM. Committal is private. In lieu of flowers, please make a donation to Holiday City-Berkeley Volunteer First Aid Squad, Inc., 100 Port Royal Drive, Toms River, NJ 08757. We are grateful to the HCB First Aid Squad for all of the help they provided to Joe and Pat over the years.
See more See Less

In Memory Of Joseph Genna